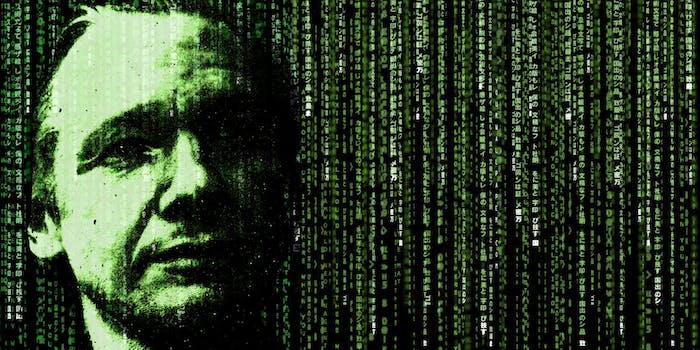 The Trans-Pacific Partnership, negotiated in secret, has major implications for Internet freedom.

The Trans-Pacific Partnership, a highly secretive trade agreement that Internet advocates call “one of the worst global threats to the Internet,” got a little less secret Wednesday.

WikiLeaks obtained and released what is allegedly the TPP‘s most recent draft of its most controversial section: the Intellectual Property chapter.

The TPP is negotiated in secret, like all major international trade deals. But what gets activists particularly riled up is that public advocates, activists, and journalists are barred from negotiations, but corporate lobbyists are given some access.

The reason that activists so fear the TPP’s IP provisions is that it would force its 12 member nations—which include the U.S., Canada, Mexico, Oceania, and several Latin American and Asian countries—to abide by the same copyright standard, even if those countries don’t actually have such tough laws on the books. In turn, that could mean that those countries more strictly police their own citizens’ Internet use in service of corporations—a practice that, as veteran activists who fought the Stop Online Piracy Act (SOPA) or the Anti-Counterfeiting Trade Agreement (ACTA) would tell you, would lead to Internet censorship.

A previous version of the TPP’s IP chapter was leaked once before. The February 2011 version is the go-to document, in fact, for Internet advocacy groups like the EFF when they warn about the TPP. What’s remarkable about this version is that it comes so close to the apparent completion of TPP negotiations. The Obama administration has expressed hope that the negotiators would finish by the end of 2013.

What’s particularly interesting about WikiLeaks’s draft is that it includes who’s arguing for which provisions. Often, the U.S. is at odds with other countries, demanding stricter copyright enforcement.

“The bad news is that the U.S.—often joined by Australia—is demanding that Canada rollback its recent copyright reform legislation with a long list of draconian proposals,” Canadian copyright expert Michael Geist wrote on his blog.

The U.S. Trade Representative doesn’t stop there. It, along with Australia, is supporting a motion—opposed by nine other countries—to have every member sign ten other intellectual property agreements if they haven’t already, including the WIPO Copyright Treaty of 1996 and the Berne Convention of 1971.

The leaked IP chapter also shows that countries are debating just how much Internet service providers can be liable if their customers are found to be infringing copyright. Activists have long warned that the TPP could force ISPs to “police” their own customers.