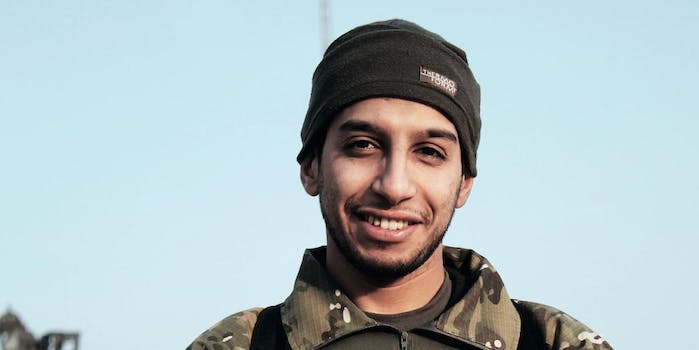 Everything you need to know about the Paris attackers, in 3 minutes

The ringleader may be dead. But that's not the end of the story.

As many as six of the assailants in the coordinated Islamic State terrorist assault in Paris were Europeans who had traveled to Syria. Seven died during the attacks, and Abdelhamid Abaaoud, a Belgian militant and the suspected chief organizer of the attacks, died in a police raid in a Paris suburb early Wednesday, according to French authorities.

French police raided an apartment early Wednesday in the northern Paris suburb of St.-Denis, a few miles from where the suicide bomb attacks at the Stade de France took place. Three people died, including Abdelhamid Abaaoud, a 27- or 28-year-old Belgian man who has fought for the Islamic State in Syria and is suspected of planning the Paris attacks, and his 26-year-old cousin, Hasna Aitboulahcen. Eight others were arrested.

Intelligence officials in both France and the United States had previously said they believed Mr. Abaaoud was in Syria. He has been prominently featured in Islamic State propaganda and according to a European official, was a target of Western airstrikes in Syria as recently as last month.