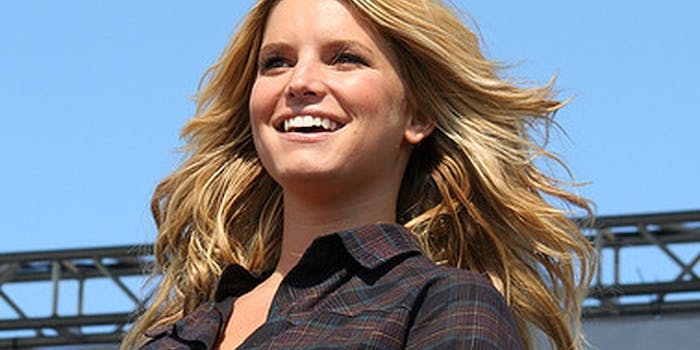 On Monday, the government turned its thumbs down to several petitions on its "We the People" website from eight states—including Texas—asking to leave the union.

The White House has decided that Jessica Simpson will remain an American citizen.

On Monday, the government turned its thumbs down to several petitions on its “We the People” website from eight states—including Texas—asking to leave the union. In a statement titled “Our States Remain United,” a White House representative confirmed that we’re all stuck together, whether we like it or not.

“In a nation of 300 million people—each with their own set of deeply-held beliefs—democracy can be noisy and controversial,” wrote Jon Carson, director for the Office of Public Engagement. “And that’s a good thing. Free and open debate is what makes this country work, and many people around the world risk their lives every day for the liberties we often take for granted.”

Carson is throwing shade at the eight petitions (nine if you count the one asking to deport people who signed the other petitions) that reached the 25,000-signature threshold. All petitions beyond that mark receive a statement from the White House. Collectively, the nine petitions garnered more than 380,000 signatures; Texas’s plea netted 126,000.

The Houston Chronicle notes that the eight states targeted in Carson’s statement, including Alabama, Florida, and Louisiana, are all former members of the Confederacy.

The statement ended on a stern note, warning that President Obama is not turning this car around and you’d better educate yourself.

“Whether it’s figuring out how to strengthen our economy, reduce our deficit in a responsible way, or protect our country, we will need to work together—and hear from one another—in order to find the best way to move forward,” wrote Carson. “I hope you’ll take a few minutes to learn more about the President’s ideas and share more of your own.”

Let’s all think of it as an early baby-shower gift for Simpson.