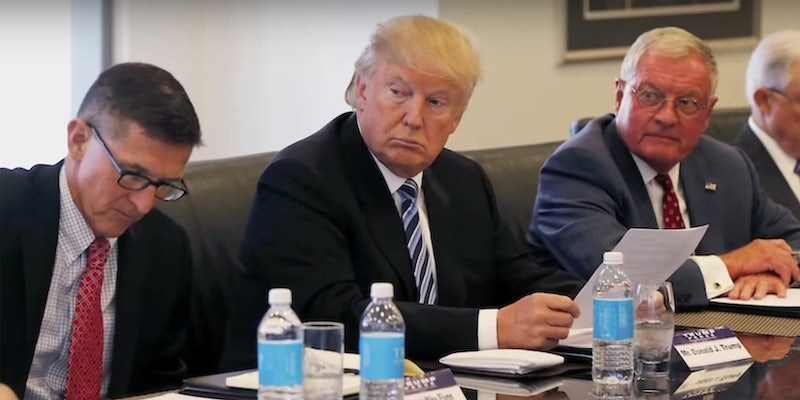 This revolving door shows no signs of slowing down.

The White House staff turnover rate has reached 34 percent—more than double the next-highest departure rate among modern administrations, according to The New York Times. The Reagan administration’s turnover rate comes in second at 17 percent in a ranking of the past five presidencies.

Turnover is “expected and possibly beneficial,” according to a Brookings Institution report, but excessive churning of staff can take a toll on the progress of an administration. Trump’s record-setting turnover rate is more than triple that of Barack Obama (9 percent) and five times as high as George W. Bush’s administration, which had the lowest recent departure rate at 6 percent.

“It takes time for any group to jell and learn the ropes of governing, and that is definitely complicated by turnover,” Lisa Brown, a top White House official under Obama and Clinton told the Times. Back in February 2017, Trump claimed the administration was “running like a fine-tuned machine” just days after White House senior staffer and national security advisor Michael Flynn resigned after he lied to the FBI about contact with Russia.

In the past year, the White House’s chief of staff, communications director, press secretary, FBI director, ethics director, and other notable figures have either been fired or resigned.

Former Secretary of Health and Human Services Tom Price left last September because of a controversy over his use of private jets for government travel. Sean Spicer, who served as press secretary, resigned because he disagreed with the appointment of communications director Anthony Scaramucci. Scaramucci was only on the job for six days when The New Yorker released a recording of Scaramucci making “expletive-ridden,” “inappropriate” comments and he was forced to resign.

More recently, Trump’s staff secretary Rob Porter resigned after two ex-wives accused him of physical and verbal abuse. According to CNN, Porter was up for a promotion before the allegations surfaced.

Wow, beats the crap out of his wife, and gets a plum job in the White House……. Someday's I wish I was a white guy…….

Recent allegations have left the public wondering why Porter was kept on staff after running into trouble obtaining a security clearance. Along with Trump’s son-in-law and White House adviser Jared Kushner, Porter had apparently been operating for more than a year on temporary security clearance, according to Slate.

Beside the White House’s issues with failing to properly vet staff, Brookings Institution says Trump has “valued loyalty over qualifications,” which could contribute to the turnover rate as staffers fall in and out of favor.

Some are interpreting the high turnover rate of Trump’s White House as being more reflective of the sector from which he emerged—private business.

Trump is running it like a business. Perform well or you have to go. Unlike past admins that kept low performers because of tenure, or just having low expectations of people.

Though unusual in government, successful companies can and do have high turnover rates. A 2013 PayScale report of 250,000 people working at Fortune 500 companies found that employees from Amazon and Google were only sticking around for an average of one year. PayScale is a business that offers compensation software and consulting.

PayScale lead economist Katie Bardaro told Business Insider that turnover was not necessarily a bad thing in business, as a high turnover rate for a company could mean the economy is improving and the industry is “hot.”

But the White House’s revolving door may be doing more harm than good, according to the recent report. Along with the build-up of trust and efficiency that comes with every good, well-established team, a sturdy administration contains valuable personal relationships that take time to build, Brookings expert Kathryn Dunn Tenpas said in the report.

“In presidential politics, much like any business environment, the coin of the realm is personal relationships—ties to the Hill, party leaders, interest group leaders, advocacy organizations, and journalists are critical to presidential success,” Tenpas said.

In a business w/ high turnover, HR steps in & does an analysis to find the root cause. Let me guess: poor interviewing/selection of staff, breaking background check policy, poor leadership that needs to be replaced, staff that do not align w/ org's values & overall toxic culture

Trump may be accustomed to the hard and fast realm of private business, but experts warn his famous slogan of “You’re Fired” could do harm if it’s used too much.
Share this article