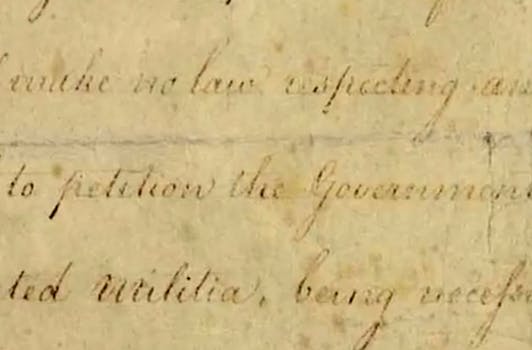 The right of the people to petition the government for redress of grievances now has a website.

The First Amendment enshrined the right of the American people to petition the government. The Internet enshrined the habit of airing grievances. Mash those up, and you get the White House’s latest online initiative.

The new system, which will launch soon, is called We the People and will allow anyone 13 years and older to submit petitions online via the official White House website. It’s already a hit on Twitter.

“When I ran for this office, I pledged to make government more open and accountable to its citizens,” said President Barack Obama in a statement posted on the site. “That’s what the new We the People feature on WhiteHouse.gov is all about – giving Americans a direct line to the White House on the issues and concerns that matter most to them.”

The system—especially the process for reviewing popular petitions—addresses the key problem with online petitions, which often seem to rally a lot of enthusiasm but don’t generally sway decision makers or deliver concrete results.

On Twitter “We the People” was a trending topic Thursday morning with thousands of people weighing in on the new petition platform, according to statistics from Topsy, a social media search engine.

“Very impressed with this idea. Gov’t actually working for us, not the other way,” tweeted MJ Dugan (@m_dugan) of New York.

Here’s a video the White House posted explaining We the People.