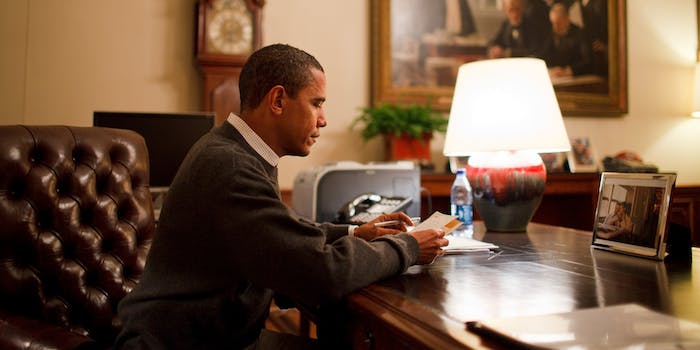 Did they publish one of yours?

President Barack Obama receives tens of thousands of letters and emails every day, and the White House just set up a new way to share them with the public.

The “Letters to President Obama” Tumblr is exactly what it sounds like: a place for the administration to share the (probably entirely positive) messages that the president receives. The first such message came from a cancer survivor encouraging the president to “stay focused” on health-care reform.

Obama receives around 65,000 letters per week and around 100,000 emails per day, a White House official said in 2009. The president reads ten of those messages every day, and he has occasionally cited their contents in his speeches. On the campaign trail in 2012, for example, he frequently mentioned individual testimonials about the benefits of the Affordable Care Act, his signature health-care law. Some of that praise came to him in these letters and emails.

The Obama administration launched the official White House Tumblr in April 2013, part of a concerted effort to share “behind-the-scenes photos of life at the White House,” “quotes from President Obama,” and “infographics about important issues.”