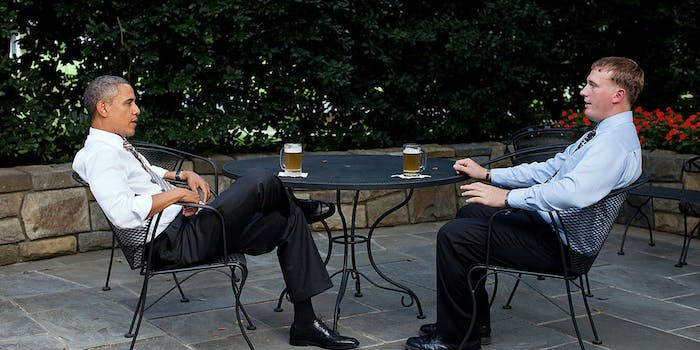 Thanks to a Freedom of Information Act request by a redditor, America gets the president's brew.

In a post with the eye-rolling title “Ale to the Chief,” Sam Kass released recipes for two White House-brewed beers on the White House blog.

Chicago chef Kass is assistant chef and senior policy advisor for healthy food initiatives at the White House. He published the closely guarded secret of the president’s potations partially in response to a tongue-in-cheek Freedom of Information Act request by Reddit, as well as a popular petition on the White House’s We the People platform, which currently has over 12,000 signatures.

As redditor iamatexasda explained when he filed the FOIA request, “This is just a formal way of saying pretty please that is basically guaranteed a response of SOME kind.” Some kind turned out to be the best kind.

Four months away from the presidential election, this is also certainly an easy way to score points with Joe Six-Pack.