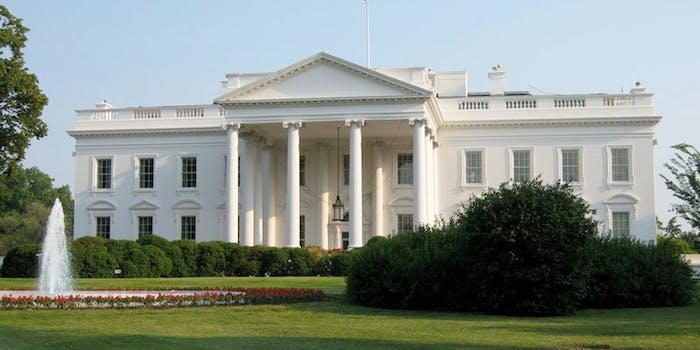 In the wake of another national tragedy, citizens are trying to take a stand online at the We the People petition site.

As the nation continues to reel from another mass shooting—in which 27 people, including 20 children were reportedly murdered—White House press secretary Jay Carney has said that “today is not the day” to talk about gun control. But thousands of people at the White House’s petition site disagree.

At least four petitions have sprung up at WhiteHouse.gov in the hours since news of the shooting broke, collecting more than 4,000 signatures.

“Immediately address the issue of gun control through the introduction of legislation in Congress,” reads the title of the most popular petition, which has collected more than 2,000 signatures in just a few hours.

“The goal of this petition is to force the Obama Administration to produce legislation that limits access to guns. While a national dialogue is critical, laws are the only means in which we can reduce the number of people murdered in gun related deaths.”

Another petition, with more than 1,000 signatures, addresses Carney’s statement directly:

“Every time a mass shooting happens in the United States, we are told by the White House, the federal government and its benefactors in the NRA that, ‘Now is not the time’ to have a conversation about increased regulation of firearms. …

“So, if ‘now’ is not the time to have a conversation about gun control, let’s set a time. Over 20 people died today – more than five times as many as died in the Benghazi embassy attack, which event prompted Congressional hearings and mass apoplexy from Republican leaders. Now may not be the time to have the conversation, but it’s time to schedule it. Now.”

(You can find the other petitions here and here.)

Meanwhile, the National Rifle Association has been hammered with criticism on Twitter, while the hashtags #demandaplan and #todayistheday have continued to gain momentum.

Each petition from We the People needs 25,000 signatures within the next 30 days to receive an official response from the Obama administration. The White House is so inundated with frivolous petitions—like the request to build a Star Wars-like Death Star earlier this week—that it’s safe to say it doesn’t take this all very seriously.

But what if all four of these petitions reach that 25,000 signature threshold?