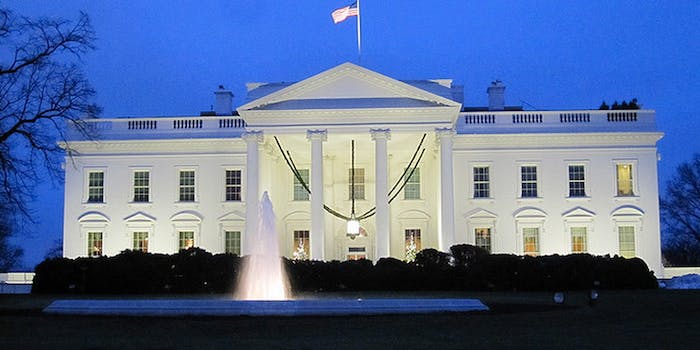 Add the White House to your circles on Google+

You could previously check-in with, add a Polaroid filter of, and tweet at President Barack Obama and company. But now you can “circle” them as the White House is now on Google+.

That little residence at 1600 Pennsylvania Ave. joined Google’s fledgling social network this morning—just days after Lady Gaga—and nearly 1,700 people have already added the White House to their circles. (Obama has 270,000 people in his Google+ circles.) By contrast, on Facebook the White House has more than 1.2 million likes.

“On the White House Google+ page, you’ll find news from the blog, behind the scenes photos and videos, plus chances to participate,” the press release stated. “We hope you’ll add your voice to the discussion and share the things you find interesting with people in your circles.”

Their first Google+ message is inundated with some welcome messages but more so about people detesting Stop Online Piracy Act (SOPA) and Protect IP Act (PIPA).

So, welcome you guys, and enjoy this new platform of getting trolled on.