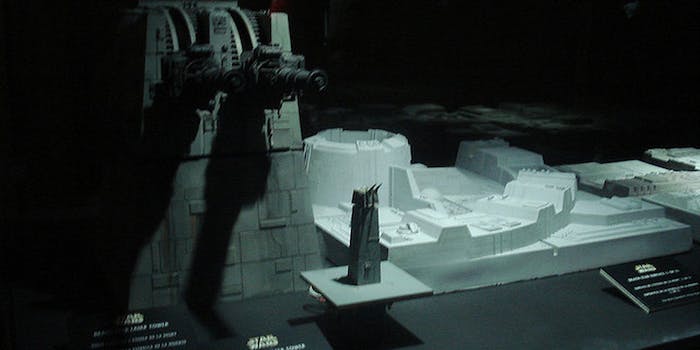 The balls in your court now, Mr. President.

We are days away from knowing if the United States will be building a Death Star before 2016. A 4chan-backed campaign on the White House’s We The People petition website has gained the 25,000 signatures needed for President Barack Obama to issue a formal response.

The petition was created on Nov. 14, and according to the rules of We The People, had to gain 150 signatures within 30 days to be searchable on the White House website and then 25,000 signatures in the next month to warrant a response. The request to fund and build a Death Star made the goal with just a few days to spare.

“By focusing our defense resources into a space-superiority platform and weapon system such as a Death Star, the government can spur job creation in the fields of construction, engineering, space exploration, and more, and strengthen our national defense,” the petition reads.

Now the question is will the White House follow through with its promise? According to the terms of participation, the administration tries to answer as many as possible, yet it holds the option to not respond if it’s a sensitive topic.

“To avoid the appearance of improper influence, the White House may decline to address certain procurement, law enforcement, adjudicatory, or similar matters,” the terms read. No one knows where space security fits in.

The White House itself has a mixed track record on responding. Earlier this year, when some thoughtful citizens demanded the official White House beer recipe, they got it. At the same time, a petition is currently up asking to take down the site since people “never get a sincere response.”  (Previously, there was even a petition for the White House to take We the People petitions more seriously.)

“In recent days it has become a mockery with petitions for secession from almost every state, and cities wishing to de-secede in such events,” the former reads. “We ask Barack Obama to admit that this is a mockery of democratic process and immediately dissolve this joke of a website.”

The petition to end petitions has just over 1,000 signatures. And it’s sure to get more if we don’t hear about the Death Star soon.