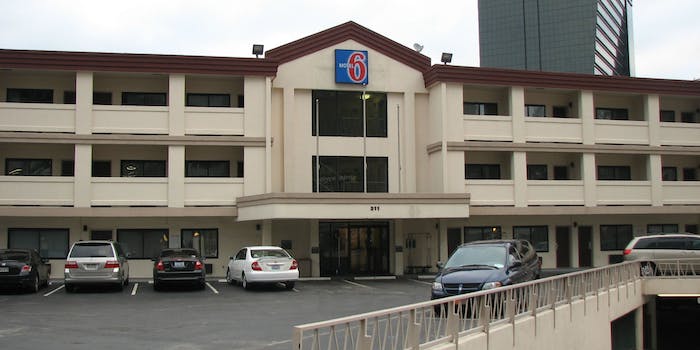 Photo by Szilveszter Farkas/Flickr (CC BY 2.0)

The quirky travel expenses of the 2016 presidential contenders, revealed

How does your pick for president travel when he or she is on the campaign trail? It’s a telling window into what kind of person they are—thrifty passengers? Contrarians who prefer Lyft? Irresponsible spenders?

The travel and lodging bills of some 17 presidential candidates’ public campaign expenditures were examined last month by National Journal. Results are often surprising: Across the board, three-fourths of the total campaign funds allotted for taxis went toward Uber fares instead. Five candidates haven’t used taxis at all, and only spent more on them than Uber. (For some reason, only Lindsey Graham has used Lyft.) 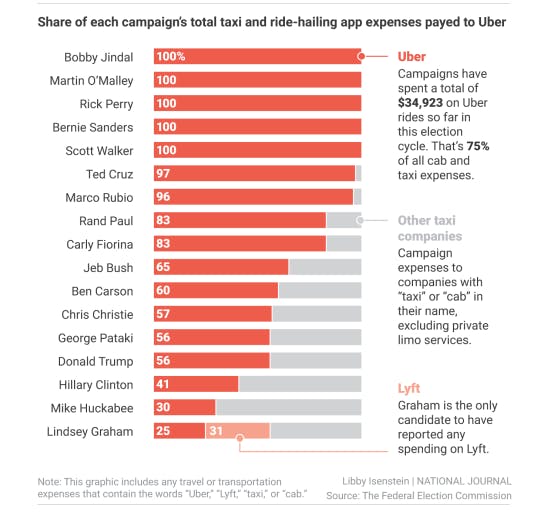 As for lodging, who is the only candidate with a Motel 6 receipt? That’d be Bernie Sanders. Only Donald Trump stayed in a Trump hotel, which makes you wonder: Does he stay for free? Or does that break some kind of rule?

Hillary Clinton stayed at a Ritz-Carlton nine times, while Mike Huckabee and Rick Perry stayed only once apiece. (Perry has since dropped out of the race.) Nobody else stayed in a Ritz-Carlton at all, making Clinton somewhat of an outlier, statistically speaking.

From National Journal‘s graphs, we can see that stays at luxury hotels have been a bit lower than you might expect—but things are still early. The campaign money is split into a lot of fragments, but with each person who drops out, the money gets a little sweeter for everybody else. That’s what makes this point in a presidential race so great: Nobody’s sure who to endorse, so everybody just gets an equal amount that’s high enough for Motel 6s to be avoided (unless you’re Sanders, and you just dig Motel 6). 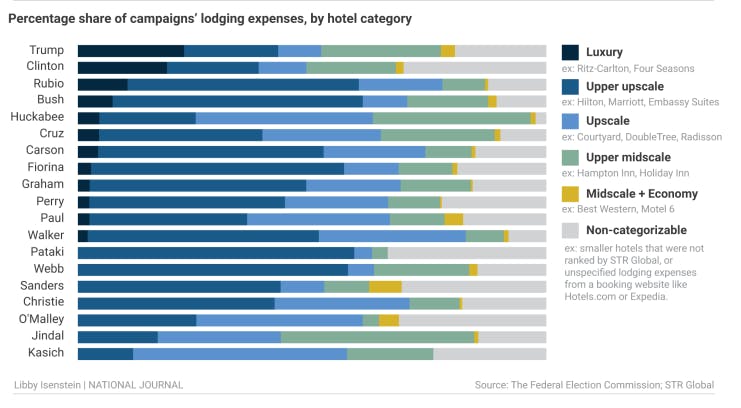 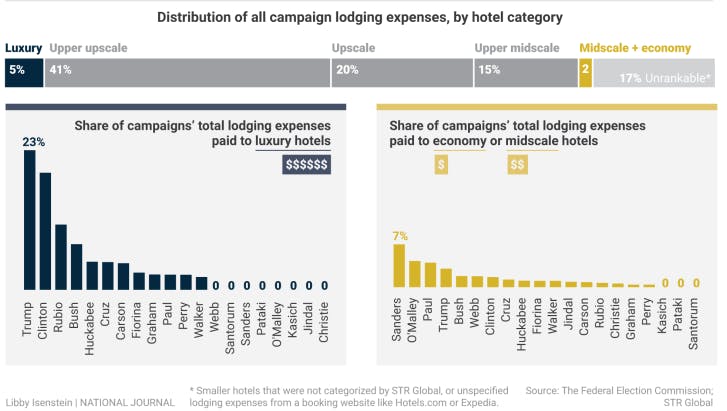