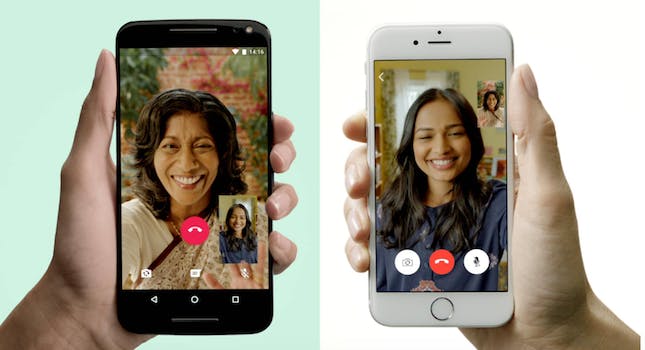 It's a game-changing update.

WhatsApp just got even better.

The popular app that offers free, encrypted messaging to people all over the world is finally implementing free video calling.

Users will be able to hold one-on-one video calls in addition to voice calls and texts.

“There’s no substitute for watching your grandchild take her first steps, or seeing your daughter’s face while she’s studying abroad. And we want to make these features available to everyone, not just those who can afford the most expensive new phones or live in countries with the best cellular networks,” said WhatsApp via blog.

The feature will not allow for more than two users at a time—though according to Forbes, the video calls will work across platforms unlike, say, FaceTime.

WhatsApp has not announced a specific day for release. Be on the lookout for the update coming very soon to iPhone, Android, and Windows Phone.