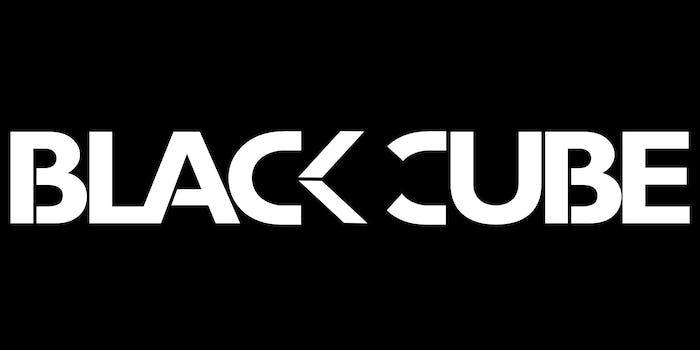 It's even more nefarious than it sounds.

Cambridge Analytica, the data firm which was hired by the Trump campaign, has drawn fire for its murky tactics in engaging voters during the U.S. presidential election and the Brexit referendum. including illegally harvesting information from 87 million Facebook profiles. But an even shadier story is brewing. In his testimony last month to the U.K. Parliament, Cambridge Analytica whistleblower Christopher Wylie threw an Israeli private intelligence firm known as Black Cube under the bus.

“Black Cube on the Nigeria project was engaged to hack the now-president Buhari to get access to his medical records and private emails,” said Wylie before a committee of British MPs.

In May, Black Cube resurfaced in the news, when it was revealed it was used to get information on two Americans who supported the Iran nuclear deal, which President Donald Trump has since pulled out of.

According to the New York Times, Black Cube assembled a file on Ben Rhodes, a former national security adviser to President Obama that contained “pictures of his apartment in Washington, telephone numbers and email addresses of members of his family, as well as unsubstantiated allegations of personal and ethical transgressions.”

The Times reports the files were possibly requested by someone who opposed the deal, and the reports were aimed at collecting information that could casting doubts on the two men, who were both involved in the deal, and who have publicly supported it.

In Nigeria, the Guardian reported that Cambridge Analytica was paid £2 million pounds by a Nigerian billionaire to organize an opposition campaign against Buhari on behalf of his opponent, Goodluck Jonathan. According to reports, Cambridge Analytica was given Buhari’s medical records and private emails by Israeli hackers. Still, it is unclear whether the hackers are associated with Black Cube.

Following Wylie’s damning testimony, Black Cube denied any ties to the embattled data firm as well as engaging in any work in Nigeria. The Israeli firm said it plans on investigating why Wylie made the claim and will then proceed to sue any entity involved in its defamation.

“Additionally, we will file a massive defamation claim against any entity whom we find has defamed Black Cube, including Christopher Wylie, SCL, and Cambridge Analytica, and pursue them for every penny,” said the statement from Black Cube.

What is Black Cube?

A look at Black Cube’s website currently reveals that Nigeria is not highlighted on a world map that indicates countries in which the firm has clients. But a simple glance at the Wayback Machine shows that Nigeria was once very clearly highlighted.

And here’s a screenshot of Black Cube’s website from December 2016, during which Nigeria is very clearly shaded:

But what exactly is Black Cube? Black Cube was founded in 2010 by two former Israeli intelligence officers; Dan Zorella, who currently serves as CEO of the company and Dr. Avi Yanus, who currently serves as director and CFO. Its staff was estimated by Forbes to number 100. This includes prominent former members of Israeli intelligence, attorneys, academics, and psychologists. Meir Dagan, the former director of Mossad, served at the helm of Black Cube’s board until his death in 2016.

“Meir was not involved in Black Cube’s day-to-day operations, but when you say ‘The president of my company is Meir Dagan,’ there is no better entrance card to any club you choose,” a former Israeli intelligence officer told Forbes Israel.

What does Black Cube do?

A former British army officer who worked in the Israeli private sector praised the quality of Black Cube’s work in an interview with the Independent in 2013: “Black Cube is at the high end of the market. From what we know they are into analysis and security systems rather than heavy, muscle stuff. They appear to have good connections within the IDF, [but] we don’t know the level of [any] work they carry out for the Israeli state,” said the officer.

Who are Black Cube’s clients?

One of Black Cube’s clients was Vincent Tchenguiz, a British real estate tycoon whose businesses took a hit during the 2008 financial crisis. After the British Office of Serious Fraud (SFO) opened an investigation into the collapse of a bank Tchenguiz owned, he tapped Black Cube to help build his defense. Black Cube did such a good job that not only were the charges against Tchenguiz dropped, but SFO was ordered by the court to pay £3 million in damages and issue a formal apology to Tchenguiz.

Ironically enough, Black Cube and Tchenguiz are now involved in a legal battle together, with the real estate tycoon accusing the firm of defrauding him and Black Cube suing him for breach of contract.

Black Cube was also hired by Harvey Weinstein in order to investigate the women that accused the Hollywood film producer of sexual abuse. The Israeli firm compiled extensive psychological profiles of dozens of women, including sexual and personal histories in an effort to intimidate the victims from going public.

Asher Tishler, a member of Black Cube’s advisory board, apologized for taking on the Weinstein job in an interview on Israeli television.

“Of course we apologize to whoever was hurt by this,” said Tishler during a TV interview on Israel’s The News. “In retrospect, it’s a shame we took the job.”