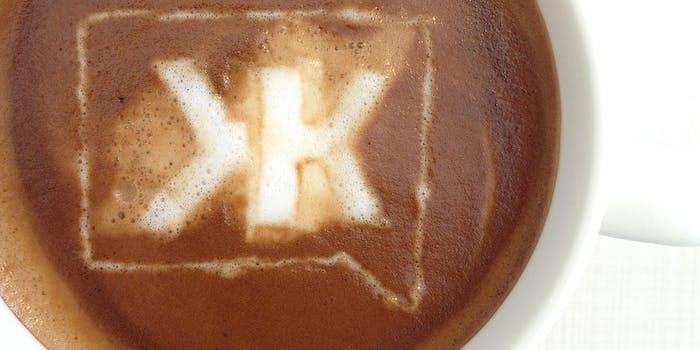 The 4 types of people who still use Klout

Will the vanity metric ever die?

The Internet has always been a popularity contest. It’s a dirty, secret we all live by, and no one wants to admit it. The more Facebook friends and Twitter followers you have, the more people care what you’re doing and that, of course, means you’re a more important human.

This is how Klout captured our attention. It leveraged social popularity as a currency. We were a mixed of outraged and fascinated, and this is what led to its early success… and ultimately, to its near-irrelevancy.

Not that it’s gone. Klout is still around, but you’re forgiven it you’ve forgotten it. It’s best described as a meta social Web tool that attempts to quantify your digital importance by assigning you a score. Scrapping statistics from up to 13 different social networks, your entire digital existence is rated on a scale of one  to 100, while at the same time determining the topics in which you are most influential. The site launched in 2008 but didn’t really hit its stride until late 2011, and by the end of 2012 it was already becoming a punchline.

@MikeWehner Used it and stopped. Didn't trust the scores, didn't love that it turned into a contest. Eventually, stopped caring.

@MikeWehner @Klout – I only used it to find out that I qualified for untargeted perks which were always already taken by the time I looked.

Klout’s claim was that while follower numbers and overall post count played a role in a person’s Klout score, the algorithm used to determine the ranking was more about quality than quantity. But by the time Klout had reached mass popularity it was becoming clear it was exceedingly easy to trick the site into thinking you were more important than you really are. In a push to restore some credibility, Klout announced that it had tweaked its algorithm to correct, among other things, the fact that Justin Bieber was once rated as being more influential than the President of the United States.

Another shift came in early 2014 when the company went from simply telling you how influential you are (and maybe offering you some freebie products if you ranked high enough) to actively pushing you to raise your score. Klout became something of a social coach overnight, but even that wasn’t enough to bring it back to relevancy. The site still has quite a bit of traffic, but it’s exceedingly rare to see anyone in the tech industry, one of the most pivotal “influence” groups when it comes to social networks, actually admitting that they use the site.

We reached out to Klout for comment, and rather than go the typical route of grilling them with a list of questions that the company has heard a million times before we asked one very simple question: Why should anyone even care about their Klout score to begin with?

“The Klout score is the only broad-based (from seven networks) measure of an individual’s social footprint and impact,” VP of Communications, Eric Channing Brown tells the Daily Dot. “As we live more of our lives online, we all want to know if the person (and her or his digital persona) with whom we are interacting is legitimate, credible, and trustworthy. Klout is the best system to address those issues and provide a standard, unified score that is consistent for everyone and across the broadest range of social and digital networks. And stay tuned for upcoming improvements that will make this even more true.”

While anyone speaking on behalf of the company would likely deny it, the aim suggested by this response is miles apart from how the site became so popular a few years back. Nobody, especially the users, seemed to care about whether your Klout score made you seem credible back in 2011 and 2012—it was simply a meta popularity contest that could score you some free stuff, and it quickly wore out its welcome.

Clearly, we’ve lost a lot of interest over time. 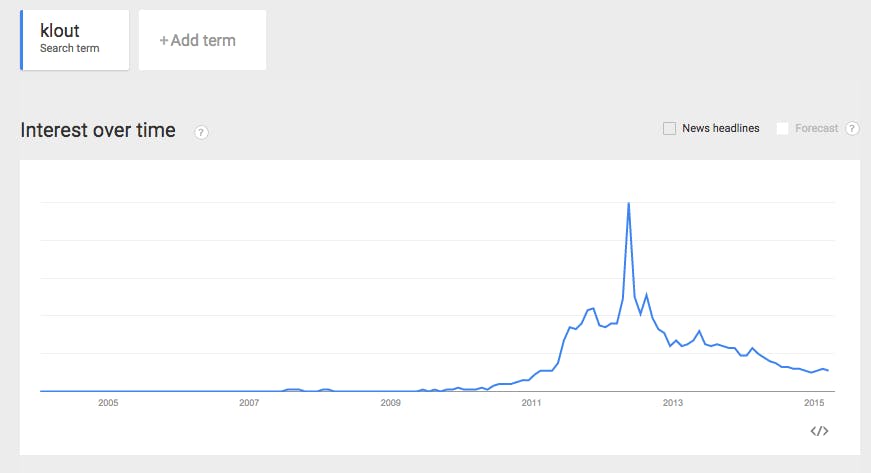 Despite this far fall, people continue to use it. But… who are they? And why? It’s a question that’s harder to answer than you think. First, there are the die-hards, the marketing obsessives and SEO experts who refuse to let it go. They cling to the idea of quantifiable coolness.

These are the types of people who usually instantly favorite anything you tweet them because their social accounts are largely automated. It’s impossible to tell how many of these Twitter accounts are simply churning on, tweeting random platitudes without anyone behind the wheel, but never actually engaging. They likely have very high, very meaningless Klout scores.

Then there are the people who keep using Klout even though they know it’s nothing more than a game. They don’t care that it’s a meaningless metric and they’re perfectly happy just experimenting with how their social media habits affect the number they are assigned. They don’t take it seriously, but they still check their score anyway.

.@MikeWehner Bottom line I don't use it, it uses me! I'm just doing what I love – social media: reading, discovering, sharing and engaging.

Possibly the largest group of Klout users are those who desperately take advantage of the free perks, giving away K+ like it’s their job, tweeting out “thanks for the Klout!,” bragging about their free stuff. Some of them have high follower counts and active status, but they’re such a regurgitation of “self branding” that they may as well be bots. Their influence is insisted upon, but altogether, not real.

I love the quality of the cards and will be using them for my future card purchases. @overheardatmoo #MOOPerk
https://t.co/16AYkX8yTn

WHOO HOO! Thanks to @klout I'm in line to get a #Canon #MAXIFY Inkjet Printer Perk, thanks to @CanonUSAImaging! http://t.co/7Fj5TkB792

Thank you @arlenemessier for giving me +K about Social Media! https://t.co/maAwxbZ0MQ

Worst of all for Klout is arguably this last category: Those who have real Internet influence and use the site entirely as a joke. Somewhere along the line, not very far along the line really, the idea of assigning yourself a score based on your influence became… funny. While our digital cool factor is definitely something we actively maintain, caring about the Klout score (arguably the honest part of this) was decidedly uncool. Sure, you could care about looking cool online, but to demonstrate it via Klout made you thirsty.

@alex @stevekovach @JoshConstine that might hurt your klout score

I haven't checked my Klout lately. Am I a Level 70 Thought Leader on Ben & Jerry's flavors yet?

Can Klout make a comeback? Well it might not need to. The masses are happy to play Klout’s game and assign themselves a number if it means free stuff. The Twitter elite can go on making fun of the vanity metric, but it’s easy to forget that influencers are usually a smaller group. A smaller group who might not need to work for companies to give them perks. But normal Internet users? Well, they do need to work a bit. And there are a lot of them.

There’s power in numbers, and plenty of those numbers still care about their Klout scores. These earnest users might not be the coolest kids on the Internet, but they’ll go cry about it to their piles of free samples.