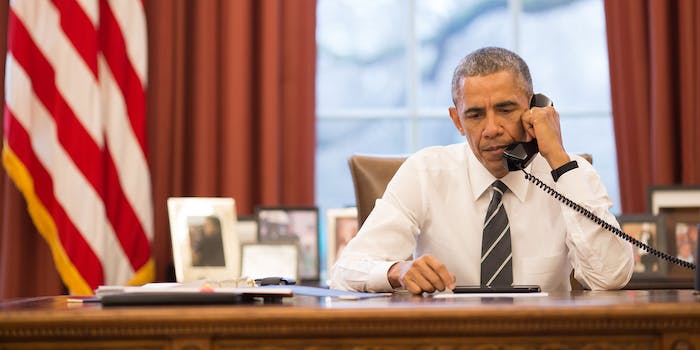 What does the president actually do?

The president has a lot on his plate.

The president of the United States is one of the most important jobs in the country. They not only take care of important foreign matters, but they make sure the United State’s economy and society does not crumble into a million pieces.

By tradition, the president his or her family resides in the White House in Washington, D.C., where the president’s Oval Office and senior staff offices are located.

Technically, there are only a few requirements for someone to become the president. The possible candidate must be at least 35 years of age, born a U.S. citizen, and must have lived in the U.S. for at least 14 years. However, contrary to to what the recent 2016 presidential election may have made you think, the president has a lot of roles to look after.

While the president has an endless list of tasks at hand, below are the most prominent roles a president takes on when elected into office.

In the U.S. Constitution, under Article II, the president serves as the commander-in-chief of the armed forces including the Army, Navy and the “Militia of the several States, when called into the actual service of the United States,” also known as the National Guard.

Even though the president is the commander-and-chief, they do not have the power to declare war, a task bestowed upon Congress.

According to the White House, the president appoints the heads of more than 50 independent federal commissions, including the Federal Reserve Board, Federal Exchange Commission, the Department of Justice, and federal offices like judges and ambassadors. The president decides how laws will be enforced, and elected officials make sure the laws stay on track.

The Executive Office of the President, otherwise abbreviated as the “EOP,” consists of the trusted and elected staff of the president, as well as:

With the help of the president’s trusted advisors, he or she directs the foreign policy of the United States. The president makes the executive decision on what American diplomats and ambassadors will say to foreign governments in meetings, and how they will discuss foreign matters that involves America in any form or fashion.

The president will travel to other countries to meet with foreign leaders or entertain them at the White House. Foreign policy is one of the most important roles the president owns, as it dictates the relationship America holds with the rest of the world.

In other countries, the chief-of-state would be considered a queen or king who dons a crown and inspires the people they look after in their respected region or country. He or she celebrates special occasions, national holidays, and makes productive public appearances. In the U.S., that’s also the president’s job.

Specific examples of what a chief-of-state accomplishes are greeting visitors who walk into the White House, giving the patriotic Fourth of July speech, “pardoning” a deserving turkey on Thanksgiving, and giving the American public awards and honors for great deeds and discoveries.

5) Serves as the legislative leader

The president has the power to negotiate and sign treaties with other countries, which will then be approved by a two-thirds vote of the Senate. Assuming the president is not impeached, he or she also has an unlimited power to extend pardons for felons, which many presidents save for the end of their term.

One of the president’s main concerns is making sure the economy is bustling, or at least at a positive incline. He or she is concerned with unemployment rates, raising or lowering taxes, increasing business profits, and the general economic prosperity of America.

Contrary to most beliefs, the president does not have the majority control over the economy but is expected to implement laws or policies to help improve it. The president will ensure this improvement by meeting with economic advisors to discuss ways to increase jobs and meet with business leaders to help fix problems in the job market.

7) Serve as the face of the United States