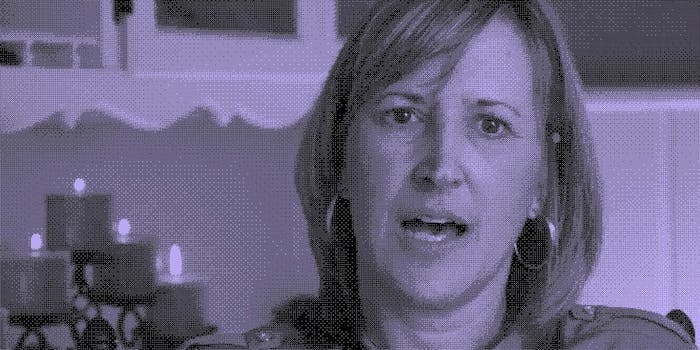 In a symbolic blow to pro-choice advocates in Texas and across the country, the Republican state senator who replaced Wendy Davis in the Texas Senate wore pro-life leather boots to her first day on the job.

Davis became an Internet folk hero in the reproductive-rights movement in 2013, when she filibustered a controversial anti-abortion bill for 11 hours while wearing famously pink running shoes. But she didn’t try to keep her seat in 2014, embarking on an unsuccessful run for governor instead. With Davis out of the running, District 10 of the Texas Senate went to Konni Burton, a Tea Party favorite who is so pro-life that her website contains a giant photo of a baby.

To emphasize that there was a very new sheriff in the Senate, Burton sported these leather babies on the Senate floor.

“It’s a new day and because of that, I wanted to step out and represent that in a visible way,” Burton wrote on her Facebook. “No more pink shoe drama for SD 10!”

It’s unclear what plans Burton has to further restrict abortion in the already strict state of Texas. Although Davis’s filibuster was initially successful, then-Gov. Rick Perry (R) called a special legislative session almost immediately thereafter, and the legislature then passed the abortion bill.