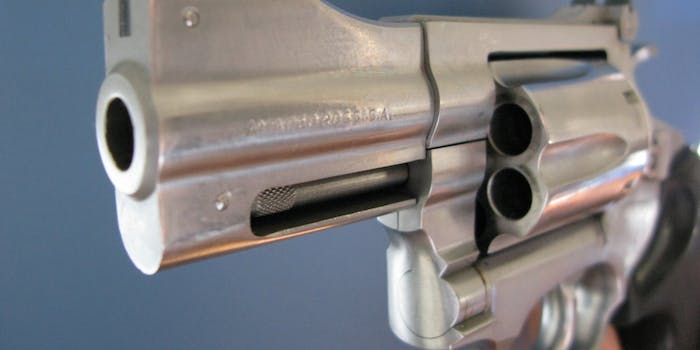 If we can't live in peace then neither can you #WeWillShootBack

#WeWillShootBack isn't necessarily about weapons, but an ever growing indignation about and inevitable response to the injustices we face.

Akinyele Umoja, chair of the Department of African-American Studies at Georgia State University and author of the 2013 book also titled We Will Shoot Back, had a positive reaction to the hashtag.

“I support it, if it means our communities take a more active and conscious role in protecting their neighborhoods, institutions, and most of all our humanity from those who threaten our lives,” Dr Umoja told the Daily Dot in an email. “The killing of Trayvon Martin to the tragedy in Charleston demonstrated that the Black community must be more vigilant to prevent terrorism waged on our people. It is necessary for Black people to organize, be more conscious of internal and external threats to our humanity, and watch each other’s backs.”

The founder of #WeWillShootBack, prominent online activist Sankofa Brown, spoke with the Daily Dot about why he felt the need to bring this hashtag—used more than 21,000 times as of this writing—to life.

“I’ve been working as an advocate of militarism or self defense for quite some time,” Brown said. “I feel like due to the climate of the situation, and I feel like the climate has always existed that the time for ourselves as opposed people to defend ourselves. I emphasize in the ‘we shoot back’ part that it is in response to attacks, not initiating attacks.”

Brown is a gun owner, he added, and “has been for quite some time.” On Twitter, he was unfazed by recent claims that Roof wanted to start a race war.

Dylann Roof wanted to start a race war? He is about 500 years too late. That war was started when we were stolen.

Photo via  frankieleon/Flickr (CC BY 2.0)