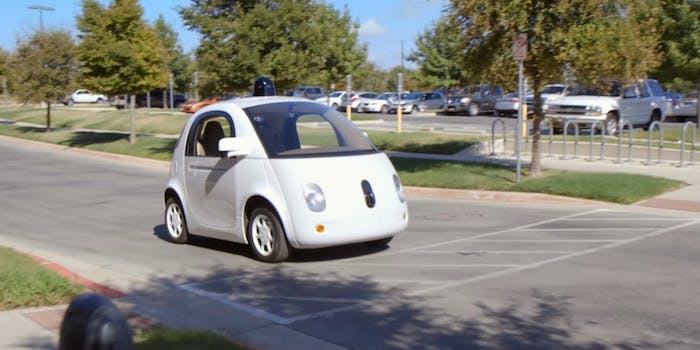 Uber has agreed to not use Waymo's self-driving car tech.

Waymo and Uber have finally reached a settlement, one year after the Alphabet-owned self-driving startup sued the ride-hailing giant for allegedly stealing trade secrets.

As part of the settlement, Uber will pay Waymo 0.34 percent of equity stake, or about $244 million of its $72 billion valuation. That’s a win for Uber, considering the $1 billon settlement Waymo sought last year. Uber also agreed not to include Waymo’s self-driving technologies in future automobiles.

After nearly a week of closely watched courtroom drama, Judge William Alsup reportedly announced the settlement in court on Friday to the disbelief of all in attendance. Waymo released a public statement soon after.

“We have reached an agreement with Uber that we believe will protect Waymo’s intellectual property now and into the future,” the statement reads. “We are committed to working with Uber to make sure that each company develops its own technology. This includes an agreement to ensure that any Waymo confidential information is not being incorporated in Uber Advanced Technologies Group hardware and software. We have always believed competition should be fueled by innovation in the labs and on the roads and we look forward to bringing fully self-driving cars to the world.”

Uber CEO Dara Khosrowshahi followed up with his own statement, admitting the acquisition of self-driving company Otto should have been handled differently. He also apologized to Uber employees for the distraction the suit has caused.

The “prospect that a couple of Waymo employees may have inappropriately solicited others to join Otto, and that they may have potentially left with Google files in their possession, in retrospect, raised some hard questions.”

“To be clear, while we do not believe that any trade secrets made their way from Waymo to Uber, nor do we believe that Uber has used any of Waymo’s proprietary information in its self-driving technology, we are taking steps with Waymo to ensure our Lidar and software represents just our good work.”

The conflict began in February 2017 when Waymo sued Uber for allegedly stealing its self-driving technology and using it in its own vehicles. The suit accused former Waymo employee Anthony Lewandowski of downloading 14,000 confidential files before leaving the company. Immediately after leaving, he formed the self-driving startup Otto, which was purchased by Uber for a whopping $680 million eight months after it was founded.

Waymo claims Lewandowski gave the files he stole, including information about laser-based (LiDAR) technology—a core component of its self-driving efforts—to Uber. Uber has long disputed the claims, insisting it’s been using its own technology to fuel its self-driving car efforts. Uber ended up firing Lewandowski for failing to comply with its internal investigation into the allegations presented by Waymo.