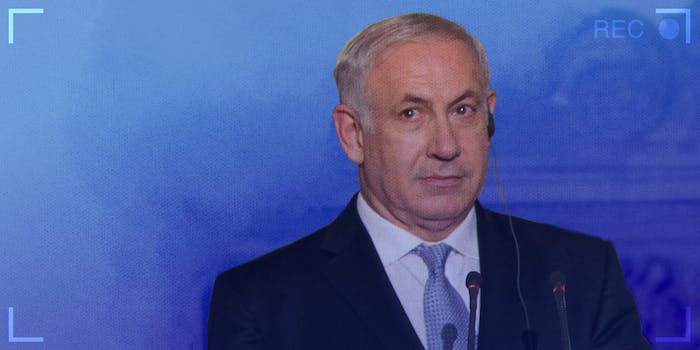 The Internet has you covered.

Want to watch Israeli Prime Minister Benjamin Netanyahu’s controversial 11 a.m. address to the U.S. Congress? The Internet has you covered.

Netanyahu will be discussing the West’s negotiations with Iran over its nuclear program. The Prime Minister and President Obama offer a stark contrast—a “substantial disagreement,” in the prime minister’s words—on how to act. We’ve embedded a stream below.

PBS is also airing the speech on its website.

Netanyahu is expected to address the perils of a Jewish state in a hostile region, arguing that Iran is a threat to his country’s survival, that talks with the regime have faltered, and that the U.S. should impose sanctions immediately.

His arrival was hastily scheduled and “immediately took on a partisan flavor,” as the New York Times put it, given that House Speaker John Boehner (R-Ohio) arranged the trip without consulting the White House. Obama refused to meet with Netanyahu, as Israeli elections are a mere two weeks away. A host of prominent Democrats, including Vice President Joe Biden and Sen. Elizabeth Warren (D-Mass.), plan to skip the speech.

Obama, for his part, has indicated that he believes in current diplomatic talks with Iran, an attempt to get the country to halt its nuclear ambitions for ten years, and that if they’re successful, they will be “far more effective” than sanctions or military action by the U.S. or Israel.