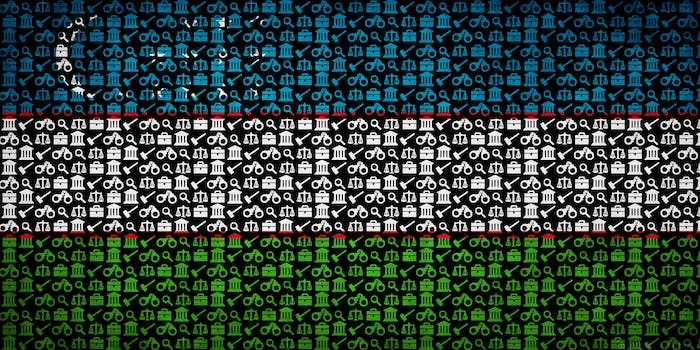 Uzbek man living in U.S. is first to sue NSA over warrantless surveillance

Jamshid Muhtorov, 37, will argue that warrantless snooping under the Foreign Intelligence Surveillance Act is unconstitutional.

The first man in America charged with evidence that was explicitly collected without a warrant under 2008’s controversial renewal of the Foreign Intelligence Surveillance Act is challenging the constitutionality of warrantless surveillance.

The case may prove to have enormous implications if successful, as FISA provides the legal justification for a great deal of American surveillance, like that conducted by the National Security Agency. It was through a FISA Court order, for example—easier to obtain than a warrant—that the NSA was able to get orders for American phone companies to turn over all their call records every three months. That a process was unknown to the public until former agency contractor Edward Snowden leaked one of the orders.

Jamshid Muhtorov, a 37-year-old man from Uzbekistan who has lived outside of Denver, Colo. since 2007, was notified in 2012 that he was being charged with attempting to give material aid to the terrorist group Islamic Jihad Union, and to travel to Syria to fight there.

In Muhtorov’s case, the FBI was able to gain access to two Gmail accounts, and tapped his phone. Court documents show the agency, without a warrant, knew his exact Internet activity: He searched for one-way flights to Turkey on several travel sites, both from his home and his cell phone, before finally buying a ticket through cheaptickets.com.

Other leaked Snowden documents show that the NSA has a program called XKeyscore that enables it to tap the Internet’s undersea cables to track practically any individual’s online activity.

On Thursday evening, the American Civil Liberties Union announced it had filed a challenge on Muhtorov’s behalf, saying the government’s actions had violated his Fourth Amendment protection against unlawful searches.

The ACLU actually tried to challenge the FISA Amendment in court once before, when it was passed in 2008. The Supreme Court voted them down, 5-4, saying the ACLU hadn’t proven that FISA was being used to justify monitoring communications.

“That, of course, was before the world learned from Edward Snowden that the government was using the FAA exactly as the Amnesty plaintiffs had alleged,” the ACLU said.