How to get free waffles forever

Turn yourself into am amateur postal worker, get free waffles.

How do you get people to use an obscure new shipping service that employs no drivers, no warehouses, and no branded pick-up locations? You give them free waffles. At least that seems to be the strategy behind a new partnership between peer-to-peer shipping service Roadie and the Waffle House restaurant chain.

Roadie is an app that lets you either ship items or be the delivery driver yourself. You just tell the system where you’re going to be driving and if another Roadie user needs a package delivered along that same route, you can pick it up, drop it off, and earn some cash for your trouble. Now, Roadie has scored a deal that will allow Waffle House restaurants across the nation to act as neutral pick-up and drop-off locations. New Roadie users get a free waffle for signing up, and drivers get free beverages upon making a delivery. 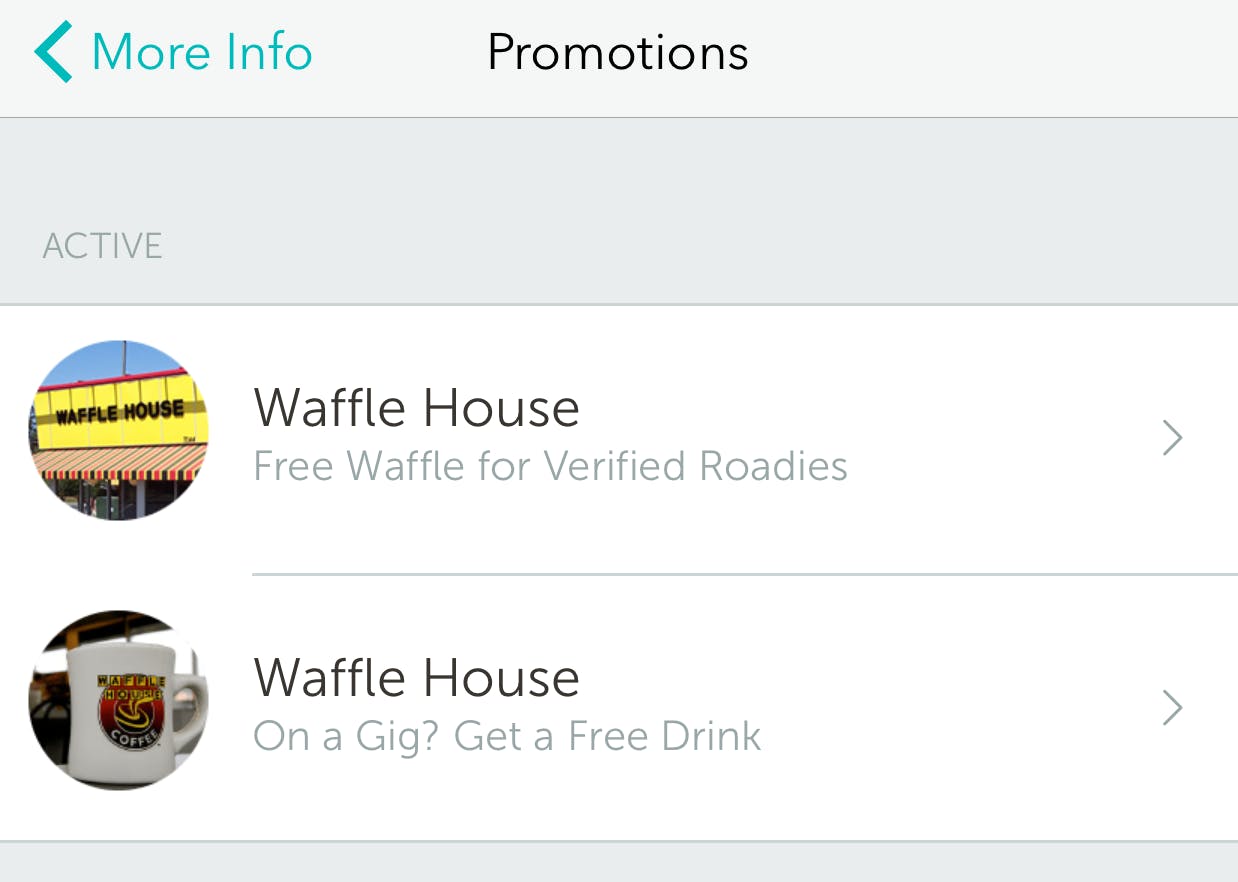 The addition of the Waffle House chain makes a decidedly quirky idea quirkier yet. And if you’re anything like me, you immediately wondered how you could game this system. As it turns out, it’s pretty darn easy.

In order to sign up for the Roadie service and get your Waffle House promo code you need to enter your mobile number, which means you’ll get one free waffle for each mobile number you have access to. Apps like Burner and RingMeMaybe make it possible to get an infinite number of temporary additional numbers at a very low cost. The first is free and additional numbers are as cheap as $0.99.

According to the Waffle House menu, the cheapest waffle available will run you $2.95. By paying just a dollar for your food, and thanks to your phone’s ability to generate an endless number of super cheap phone numbers,  you can sign up for a new Roadie account every time you visit and enjoy your 66 percent discount permanently. (Or until someone figures out what you’re up to, which would be seriously embarrassing. Really, use caution.)

Not only that, but since delivery drivers get a free drink just for showing up with a delivery, it’s a trivial matter to have a friend create a fake delivery and then meet them for a tasty free or almost-free breakfast.

All that said, you’d have to be pretty damn desperate (or kind of a jerk) to use exploit this neighborly app’s loophole to gorge yourself on waffles (which means we know people are doing it). But hey, if you’re driving all over town eating waffles, you might as well make use of all that gas money and make a few deliveries along the way.