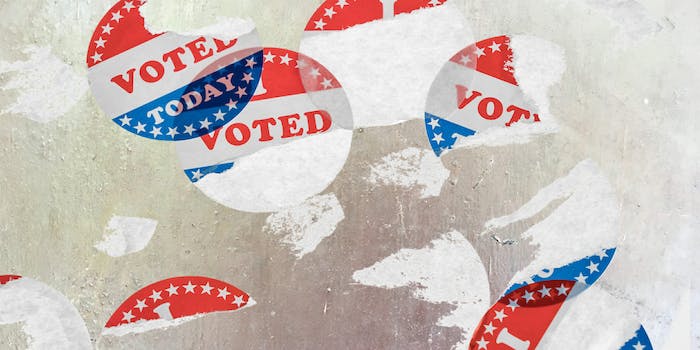 People are trying to sound the alarm.

“When people vote, Democrats win,” is a popular rallying cry among progressives that is generally borne out in election results. It would make sense, then, that Republicans would try to stop people from voting. And with some textbook voter suppression, that’s exactly what they are doing now.

With the 2018 midterms less than a month away, it is clear that Republicans are pushing the limits of their usual game plan of voter suppression in new and creative ways. Evidence of voter roll purges, previously unannounced I.D. laws, polling station closures, and other voter suppression strategies has been discovered throughout the United States ahead of midterm that Republicans fear losing.

Here are the voter suppression tactics on display across the country so far.

What is voter suppression?

Voter suppression is a strategy often employed by a particular party (with a particular constituency in mind) to discourage certain groups of people from voting. Voter suppression tactics vary, from making the registration and identification process lengthy and complicated to closing polling stations to physical intimidation or threats. More often than not, it’s a sneaky way to disenfranchise groups of minority voters completely.

Ahead of a contentious senate race between Sen. Heidi Heitkamp (D) and Republican challenger Kevin Cramer, the Supreme Court has declined to overturn a controversial law which requires residents to show identification with a current street address.

Like many Republican voter suppression efforts, this seems relatively harmless on its face, but is ultimately quite impactful. A P.O. box does not qualify as adequate identification, and it just so happens that a disproportionate number of Native Americans—a reliable Democratic constituency—have P.O. box addresses.

Often, entire Native American reservations use P.O. boxes instead of street addresses. The number of North Dakota residence without a permanent address is estimated to be in the tens of thousands. Though the law disproportionately impacts Native Americans, over 25 percent of non-Native voters are also impacted by the ruling.

The law establishing this address requirement was signed in 2017 by Republican governor Doug Burgum. Heitkamp’s 2012 Senate victory was by a margin of fewer than 3,000 votes, so this law has the potential to swing the race towards Cramer. 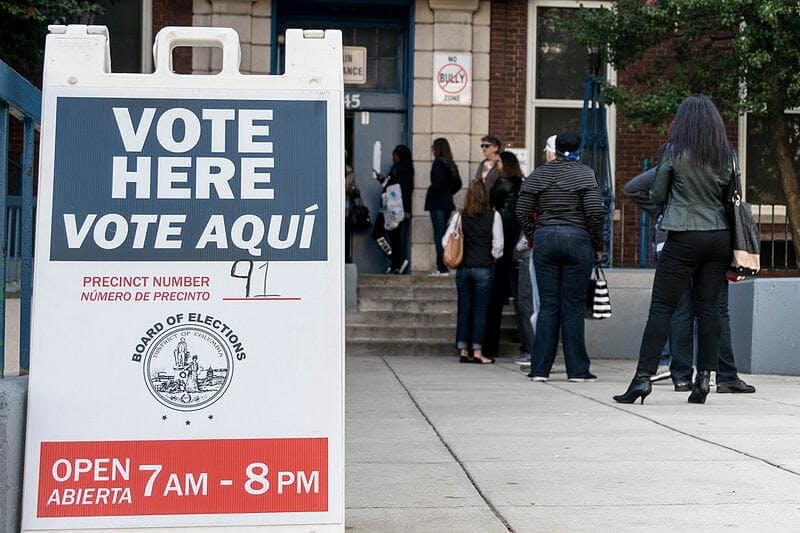 Brian Kemp is the Republican candidate for governor of George. Brian Kemp is also Georgia’s Secretary of State; the secretary of state functions as Georgia’s chief elections officer. Laws that he has put into place while in office have resulted in as many as 700,000 people being purged from voter rolls ahead of his election against progressive Democrat Stacey Abrams.

If all of this wasn’t fishy enough, it turns out that those purged from the roles are predominately Black (Abrams is African-American). An analysis by the Associated Press found that 70 percent of the suspended voters are Black, while African-Americans make up only 32 percent of Georgia’s population.

Were Abrams to win, she would be the first Black female governor in the nation’s history. Abrams made a name for herself in politics by registering African-American voters, possibly some of the same voters that Kemp is attempting to purge from the rolls.

The law requires an “exact match” between a voter’s registration form and their government documents. Some examples of what might be disqualifying include a missing hyphen or a difference between a married and maiden name.

Abrams has repeatedly called for Kemp to resign, as she and, many other Georgians, view his position as a conflict of interest.

This isn’t the only attempt at voter suppression in Georgia. Last summer, members of the state’s election commission also attempted to close a number of polling places. Though the plan ultimately failed, it was clearly aimed at further disenfranchising minority voters.

Voter purges aren’t unique to Georgia. Last June, the Supreme Court paved the way for a massive purge of Ohio voter rolls. The law, which removes voters from the rolls if they don’t vote in two consecutive elections, has little apparent justification beyond blatant disenfranchisement.

“How is this legal?” you might be asking yourself. The answer, unsurprisingly, comes down to a technicality.

Anticipating the obvious objections, Justice Samuel Alito wrote in his majority opinion, that the NVRA, “forbids the use of nonvoting as the sole criterion for removing a registrant, and Ohio does not use it that way.”

In Florida, where African-American candidate Andrew Gillum is running against Republican Ron DeSantis, there is a long history of using criminal records to disenfranchise minority voters.

Former felons cannot vote in Florida unless they file for restitution of their civil rights (though a November ballot measure may change that). Former governor Charlie Crist had instituted automatic restoration of rights for non-violent offenders, but during his term, Republican Rick Scott has rolled back those reforms.

Scott also instituted a five-to-seven year waiting period for all former felons to return to the voter rolls. But those who wish to regain their voting rights must go before a board that convenes only four times a year. The board sees less than 100 applicants, and some people end up waiting for their voting rights to be restored up to 16 years after their sentence.

Sure, other states suspend or deny voting rights to felons. But Florida law is unique in its seemingly arbitrary lack of clarity.

And in races across the country that are expected to be decided by razor-thin margins, all these efforts could make a big difference.