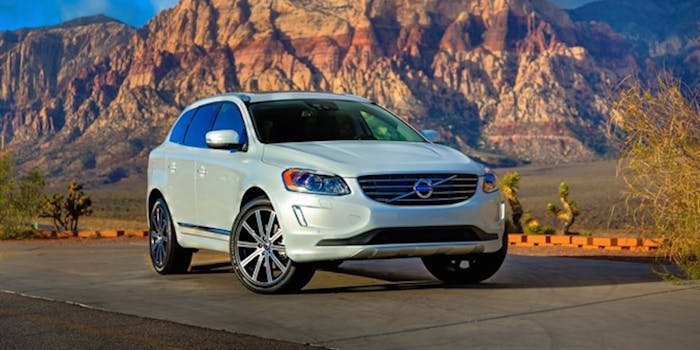 This is hardly reassuring.

Volvo is working towards a future where every car parks itself, and in a demo of this technology in the Dominican Republic, an observer got creamed as the car accelerated directly into him from a distance.

It’s all captured on video in this 33-second clip:

This is a Volvo XC60, and Remolacha.net reports that the victims are bruised but OK. This incident took place because the operators forgot to turn on “City Safe” mode. How about just having a “Safe” mode instead, and it’s always on?

It bears mentioning that this is the second time such a car has failed publicly. In 2011, a Volvo smashed into a truck during a similar demonstration.

Volvo did not immediately return request for comment. Here’s how this demonstration was supposed to go: