These billboards will display your racist Internet comments

What you say has consequences.

When a person posts something racist online, they likely think they’re just shouting their hate into the ether. A civil rights group is aiming to show those words do have meaning by posting them on billboards.

Afro-Brazilian civil rights organization Criola launched the “Virtual racism, real consequences” campaign to show people what they say online matters. To illustrate this point, the group has been taking posts from Facebook and Twitter and blowing them up to the towering size of a billboard. 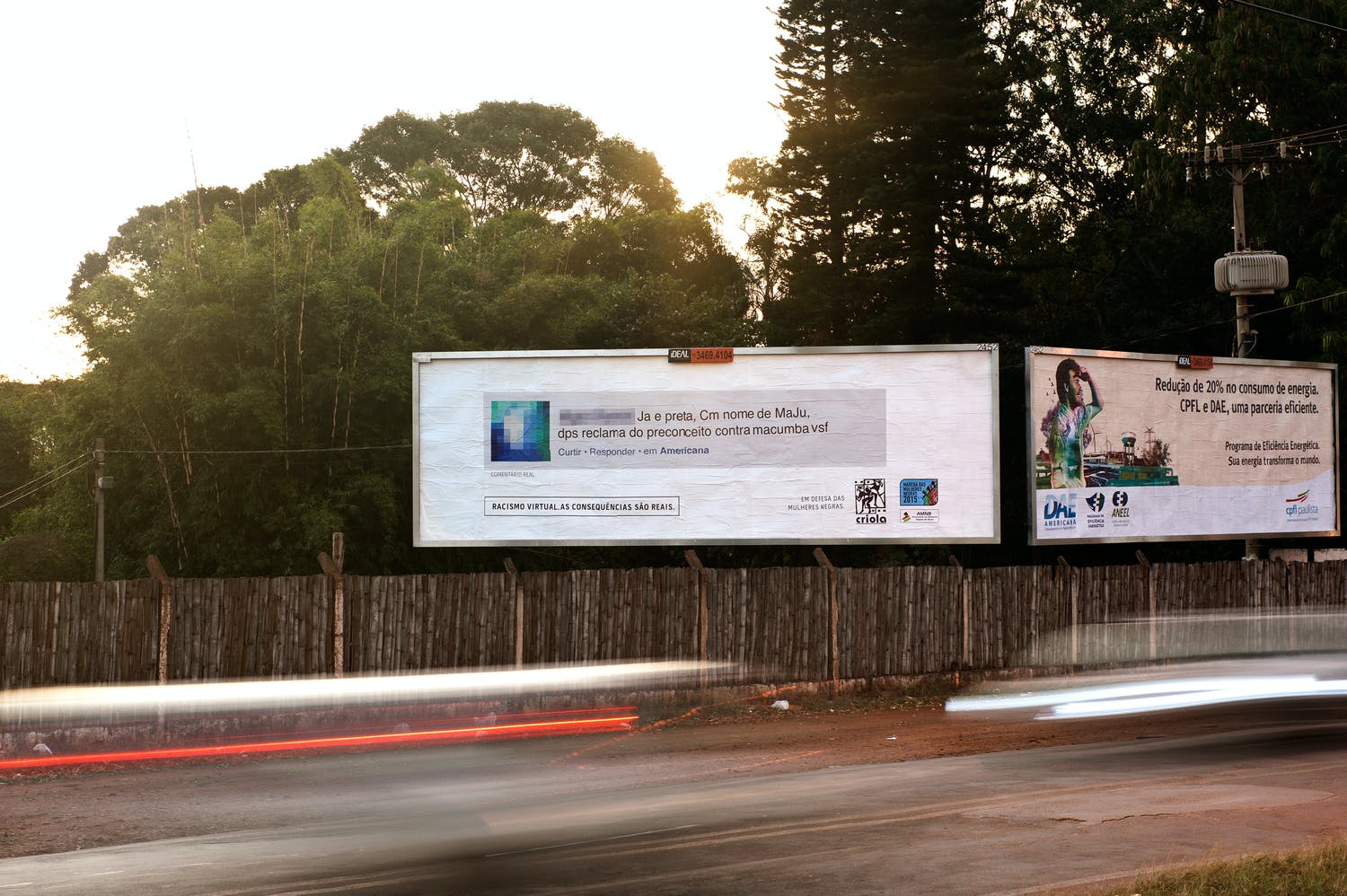 The group uses geolocation information from the posts to place the billboards in the neighborhood of the poster so they might have to stare their words in the face the way those who are hurt by them have to—though the names and faces of the authors have been obscured.

While Brazil has laws against racial discrimination and abuse, Criola founder Jurema Werneck doesn’t believe the government or law enforcement do enough to protect those who are victims of racially-motivated crimes and hate speech. The campaign is a little bit of vigilante justice. 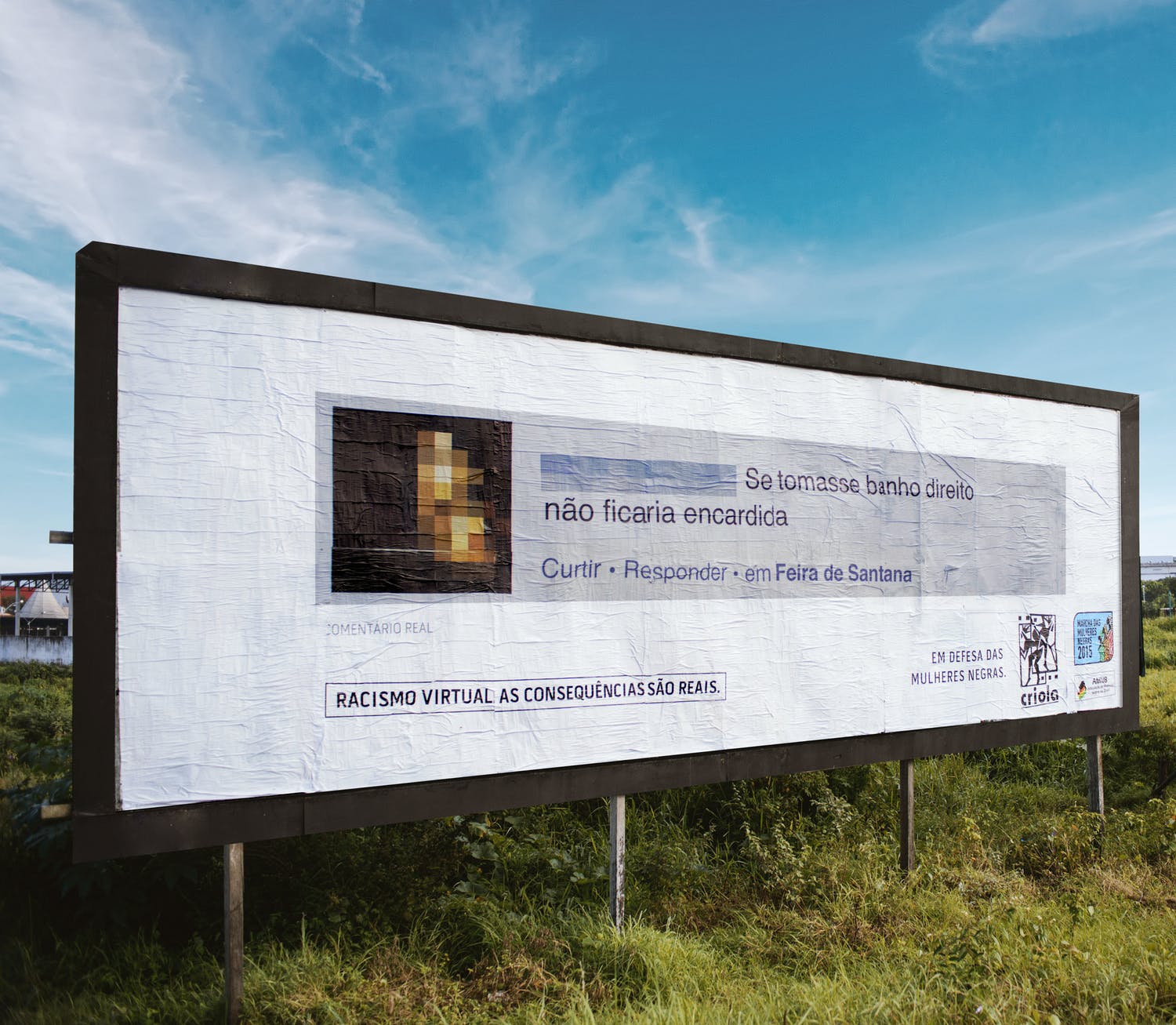 Werneck told the BBC, “Those people [who post abuse online] think they can sit in the comfort of their homes and do whatever they want on the internet. We don’t let that happen. They can’t hide from us, we will find them.”

The billboard campaign began in the summer after an incident involving Maria Júlia Coutinho, a prominent journalist and the first black weather presenter on prime-time news program Nacional Journal. A photo of Coutinho posted on the Facebook page for the news show on July 3—Brazil’s National Day to Combat Racial Discrimination—became the target of a slew of racist comments and bigoted remarks.

The “Virtual racism, real consequences” campaign has spread its message with billboards in different cities across the country, thanks in part to a partnership with billboard companies who have offered up their space for the messages.

Whether the initiative by Criola will have a positive impact is hard to say. It’s sure to generate more racism from those who just can’t help themselves and protests from others who think no speech—even the bigoted, hate-filled kind—should be shamed. Still, Werneck said the response has been mostly positive thus far. The racist voices will always be there, but perhaps campaigns like Werneck’s can generate enough supportive voices to drown them out.