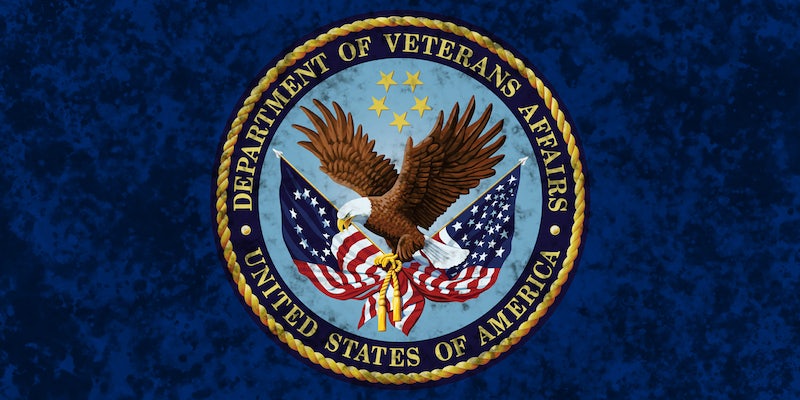 Records obtained by the Daily Dot show a history of sexual harassment payouts made by the VA.

Warning: This report includes details of sexual harassment and assault.

In 2014, a nurse working at a clinic operated by the Department of Veterans Affairs (VA) in Aurora, Colorado, said she was confused and scared when her colleague walked up behind her and, without warning, stuck his hands down her pants.

The same man allegedly told another nurse that he wanted to have oral sex with her, with “[her] legs above his shoulders.”

Later that same day, he allegedly cornered the woman in a stairwell, pushed her against the wall, and tried to stick his tongue in her mouth.

These are just a few of the incidents detailed by attorney Patricia Bangert, who is representing eight women in Colorado and California in claims against the U.S. Department of Veterans Affairs over alleged sexual harassment and assault, hostile work environments, retaliation, discrimination based on sex, retaliation for opposing discrimination, and other retaliatory acts. The suits, filed in court in 2014 and 2017, seek compensatory damages, restoration of leave or compensation for leave, and compensation for pain and suffering.

“It’s a cultural thing,” said Bangert about sexual harassment in the VA. “There’s no accountability or responsibility.”

Between 1998 and now, the U.S. Department of Veterans Affairs has settled 263 claims involving sexual harassment and paid out a total of $8.7 million to survivors, according to records obtained by the Daily Dot.

However, more cases have come to light since the VA released this information to the Daily Dot in January, including one settlement for over $150,000.

The taxpayer-funded Department of Veteran Affairs employs more than 360,000 people all over the country, from social workers to benefits coordinators to nursing assistants, and boasts a $186 billion annual budget. It’s the second-largest government department, in charge of benefits, healthcare, and memorials for U.S. veterans. But its number of sexual harassment settlements also far exceeds that of other federal agencies, like the U.S. Trade Representative and the State Department Inspector General, that have responded to harassment record requests by the Daily Dot.

Former employees who spoke to the Daily Dot described the department as an organization where sexual harassment is prevalent and bad behavior goes unpunished.

“It’s pretty much a boy’s club; it’s a guy’s club,” said a former VA employee, who asked not to be named. The employee said a military mindset bleeds into VA culture.

“There’s a bit of a code there—you don’t rat on the people you served with.”

A spokesperson at the VA headquarters in D.C. said the VA does not tolerate sexual harassment. “Any employee found to have engaged in such behavior will be held accountable swiftly,” said the spokesperson, who asked not to be identified. They noted that the department had disciplined 62 different employees for sexual harassment offenses in three years.

But critics argue that the sheer volume of complaints illustrates the department’s struggle to create a safe workplace and to hold offenders accountable. Part of that is by design: The VA’s employee handbook says that an employee found to perpetrate sexual harassment doesn’t necessarily face harsh punishment. The maximum punishment for a third sexual harassment offense is removal, but the minimum is just a two weeks suspension.

According to the people the Daily Dot spoke with, those policies have created a workplace where it feels like sexual harassment is swept under the rug and harassers can get away with attacking multiple victims.

In the case of a 2014 lawsuit in Colorado, an official was moved from the Lakewood Veterans Service Center in Colorado to an office in New Mexico and back again, after multiple complaints against him at both locations. The official allegedly asked the plaintiff out on dates and made inappropriate sexual comments to her. He was eventually demoted but retained his previous salary. The Lakewood Veterans Service Center said they conducted an investigation in 2013 and found no evidence to support the allegations of sexual harassment. He is still currently employed with the VA.

A lawyer representing the 2014 victim declined to comment on the status of the case, and the Daily Dot could not ascertain whether it was settled or still pending.

Previous settlements reveal similar experiences. Annette Katz, a nurse who used to work at the Louis Stokes Cleveland VA hospital, said she experienced months of sexual harassment in at her job in 2012, which finally led her to file a lawsuit against the VA. Katz settled with the VA in February for $161,500.

Katz said a nursing assistant verbally harassed her, telling her things like, “I want to fuck you,” “I want to stick my big dick in your pussy,” “Trust me, I know how to make you smile,” and “I love you and you will say yes one of these days and we will be together, so stop fighting it.”

The proceedings detail another incident in which Katz says her colleague physically assaulted her, pushing her into a linen closet and “forcing his tongue in her mouth while restraining her from getting to the door.” He also allegedly grabbed her buttocks and breasts and rubbed his penis on her.

Katz told the Daily Dot her co-workers and supervisors viewed it as “horseplaying around.”

Katz said there were at least two other women at her hospital who she knew had experienced sexual harassment, but they declined to come forward for fear of losing their jobs.

A spokesperson from the Cleveland VA disagreed with that assessment. “We have a duty to protect our employees and our patients from harassment and we take this duty seriously,” Kristen Parker, chief of External Affairs, said. “Harassment in any form is unacceptable. We investigate each and every claim, taking corrective action to remediate the situation, including education, discipline and/or criminal follow up when appropriate.”

Katz said the harassment sent her into a “deep depression” that affected her job performance. She was diagnosed with PTSD, which she said was exacerbated by working in the same place where she had been repeatedly harassed and assaulted. She was fired in 2014, after being denied a transfer to another location.

“They’re not saying it didn’t happen—they’re saying it wasn’t their fault,” Katz said. “I was just a number they paid off.”

The sexual harassment settlements add to the picture of a VA perpetually plagued by scandal.

On Wednesday, President Donald Trump ousted David Shulkin as head of the VA. Earlier this year, the Washington Post reported that Shulkin’s chief of staff doctored emails so that Shulkin’s wife could join him on a 10-day trip to Europe—at taxpayers’ expense.

In 2014, Secretary Eric Shinseki resigned after an Inspector General report revealed that veterans were waiting as long as 115 days to see a primary care doctor at a Phoenix-area VA hospital and that records were being falsified to hide this fact. Investigations into the Phoenix cover-ups revealed widespread appointment backlogs, as well an outbreak of Legionnaires’ disease and a subsequent cover-up in Pittsburgh in 2013, among other issues.

And now, as the #MeToo movement continues to grow in scope, the VA will have to defend a process that victims say is biased against them.

Bangert says that the VA system for reporting sexual harassment remains convoluted, and accusers often experience retaliation when they do report. “The problem is that the process is so long, time-consuming and technical that [victims] don’t report,” she said. If victims are able to follow the process through, though, “they’re retaliated against to the extent that they quit.”

The reporting process often exposes victims to retaliation because it’s so bureaucratic. Victims might have to report their situation to multiple people—supervisors, union leaders, and human resource departments. Individual VA sites can be extremely close-knit, so the more people a victim reports to, the more people know about their ordeal and the less privacy they have to deal with the issue.

It can also take months from the time when a complaint is filed to when action is finally taken. If a victim decides to file suit, the process can take years.

The House’s Subcommittee on Oversight and Investigations is charged with conducting investigations into VA misconduct, but none of the subcommittee’s hearings in the past seven years have addressed the sexual harassment of VA employees or its reporting process. The committee last held a hearing on sexual assault at VA facilities in 2011.

The office of Sen. Johnny Isakson (R-Ga.), who chairs the Senate Committee on Veterans Affairs, declined to comment on issues of sexual harassment in the VA.

Katz, meanwhile, is finally beginning to heal. After her ordeal in Cleveland, she moved to Florida, where she lives with her husband and works as an in-home nurse. While victims of sexual assault aren’t typically named in the press, Katz came forward because she wants to see change.

“What really did it for me was the Larry Nassar stuff,” Katz said, speaking of the more than 150 women who spoke at the disgraced USA Gymnastics doctor’s trial in January.

“I would love to bring other women out” to speak about their harassment, she said. “Suffering in silence doesn’t help.”

Have you experienced sexual harassment while working for the Department of Veterans Affairs? Want to share your story with the Daily Dot? Please contact [email protected].