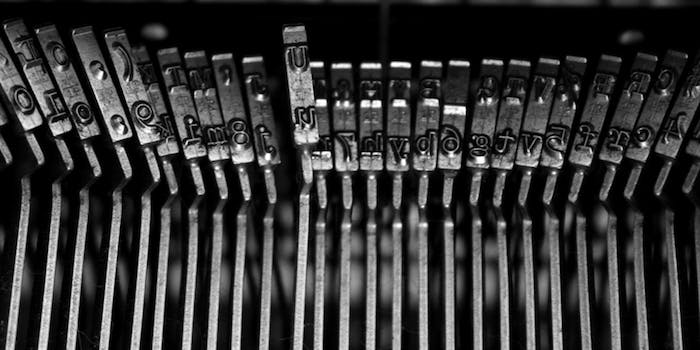 The FCC voted on Thursday morning to maintain an open Internet by adopting net neutrality rules, and in response, Verizon deployed its snarkiest policy statement yet.

In an effort to characterize the decision as the product of an antiquated understanding of the Internet, the telecom giant took a break from selling customer data to the NSA to issue a statement in Morse code. 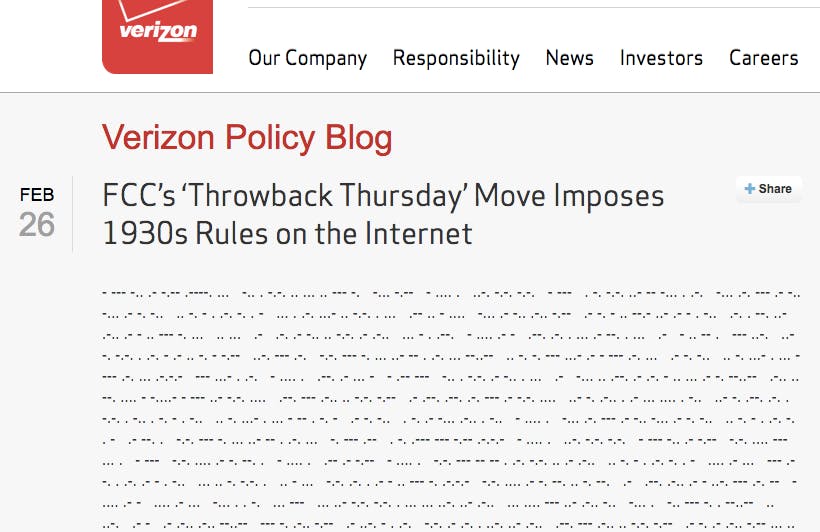 The statement links to a “translated” version written in—get this—typewriter font. It reads, in part:

Today’s decision by the FCC to encumber broadband Internet services with badly antiquated regulations is a radical step that presages a time of uncertainty for consumers, innovators and investors. Over the past two decades a bipartisan, light- touch policy approach unleashed unprecedented investment and enabled the broadband Internet age consumers now enjoy.
The FCC today chose to change the way the commercial Internet has operated since its creation. Changing a platform that has been so successful should be done, if at all, only after careful policy analysis, full transparency, and by the legislature, which is constitutionally charged with determining policy. As a result, it is likely that history will judge today’s actions as misguided.

Verizon’s statement is hyperbolic and misleading. FCC Chairman Tom Wheeler‘s proposal, adopted today on a 3-2 party-line vote, did nothing more than preserving the existing, neutral framework of ISP interactions with content companies and customers.

Perhaps Verizon is scared because the FCC also voted today to strike down state laws banning municipal broadband networks—laws that have been shepherded through statehouses by major ISPs like Verizon.