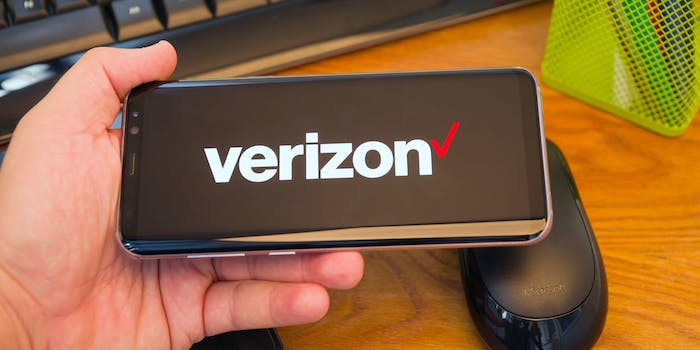 Verizon told the FCC it would make several commitments.

A group of critics who raised concerns to the Federal Communications Commission (FCC) about Verizon’s proposed acquisition of TracFone have dropped them after the company committed to continue helping low-income customers.

Verizon announced last fall that it had agreed to buy TracFone for $6.25 billion. TracFone specializes in low-cost prepaid phones, and concerns were raised about how the acquisition would impact Americans enrolled in the FCC’s Lifeline program, which provides discounts to low-income consumers for phone service.

TracFone has 1.7 million customers across the country that use Lifeline, according to Axios.

Several groups including Public Knowledge, the Benton Institute for Broadband & Society, the Communications Workers of America, and others had flagged Verizon’s proposed purchase of TracFone shortly after it was announced, specifically about how low-income subscribers to the Lifeline program would be impacted.

Several senators also urged the FCC to “thoroughly review” the proposed purchase in a letter to the agency last month.

Verizon also said it would make a TracFone service plan for Lifeline customers that includes 5G service within six months of the acquisition being finalized.

In its own filings, the critical public interest groups said the commitments from Verizon “adequately address their concerns” with the proposed purchase and that they would drop their objection to it.

“When this transaction was first announced, Verizon was very hesitant to make enforceable commitments to protect TracFone’s most vulnerable subscribers. After nearly a year of advocating for TracFone’s Lifeline subscribers, we believe that Verizon’s commitments are a win for consumers and serve the public interest,” Kathleen Burke, policy counsel at Public Knowledge, said in a statement. “They mirror many of the commitments that Public Knowledge originally sought when it first opposed this transaction.”