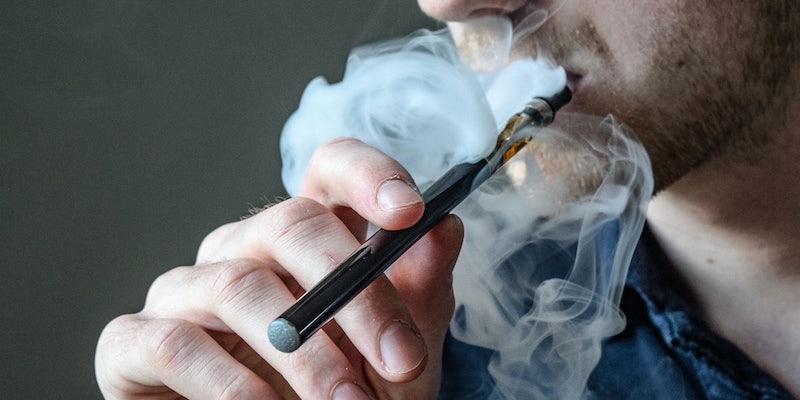 The CDC points to 94 cases in 14 states between late June and mid August.

The U.S. Centers for Disease Control and Prevention (CDC) is currently investigating a spike in mysterious lung diseases believed to be associated with vaping.

Thus far, a total of 94 cases involving severe lung issues have been recorded in 14 states between late June and mid-August. Health officials say the common denominator among the patients appears to be the use of e-cigarettes.

The agency is working with the departments of health in states experiencing “a cluster of pulmonary illnesses,” including Wisconsin, Illinois, California, Indiana, and Minnesota. The CDC notes that 30 of the 94 cases came out of Wisconsin alone.

Patients typically complain of respiratory symptoms such as coughing, shortness of breath, and fatigue before visiting a hospital. In nearly all cases an infectious illness has been ruled out, suggesting the issue is not related to a viral disease.

A wide array of vaping products were used across the affected group, including those containing nicotine, THC, and synthetic cannabinoids.

Evidence suggests that at least some of the issues could be related to users who refill their vaping cartridges or purchase them off of the street. In one specific case, a 26-year-old man in Wisconsin who bought a THC oil cartridge from a friend had to be placed in a medically induced coma after his blood-oxygen levels fell to 10 percent.

The CDC is asking health care professionals to report any unexplained vaping-related pulmonary illnesses to their local health departments.