Sex health wearables for women are the latest in tech

Why is that lady so peaceful? Probably because she has a vibrating ball up her hoo-ha.

Way back in 2003, many women were introduced to Kegels by Samantha Jones on Sex and the City. (“I’m doing them right now” should really be a tagline from that show.) If for some reason you missed that cultural learning moment, a Kegel is where a women contracts then relaxes the muscles of her pelvic floor, which are colloquially referred to as (say it with me now!) Kegel muscles.

Today in our digital age, it feels like we’re seeing the term referenced everywhere, thanks in no small part to the rise of wearable Kegel-exercising wearables like the Elvie, a wireless fitness device that’s like a jungle gym for your hoo-hah.

Designed by the London “personal wellness” startup Chiaro, the Elvie is a small, bullet-like device that you slip inside your vagina. It connects to a wireless app that lets you track your fitness progress during five-minute daily “exercises,” providing you with feedback during your workout. 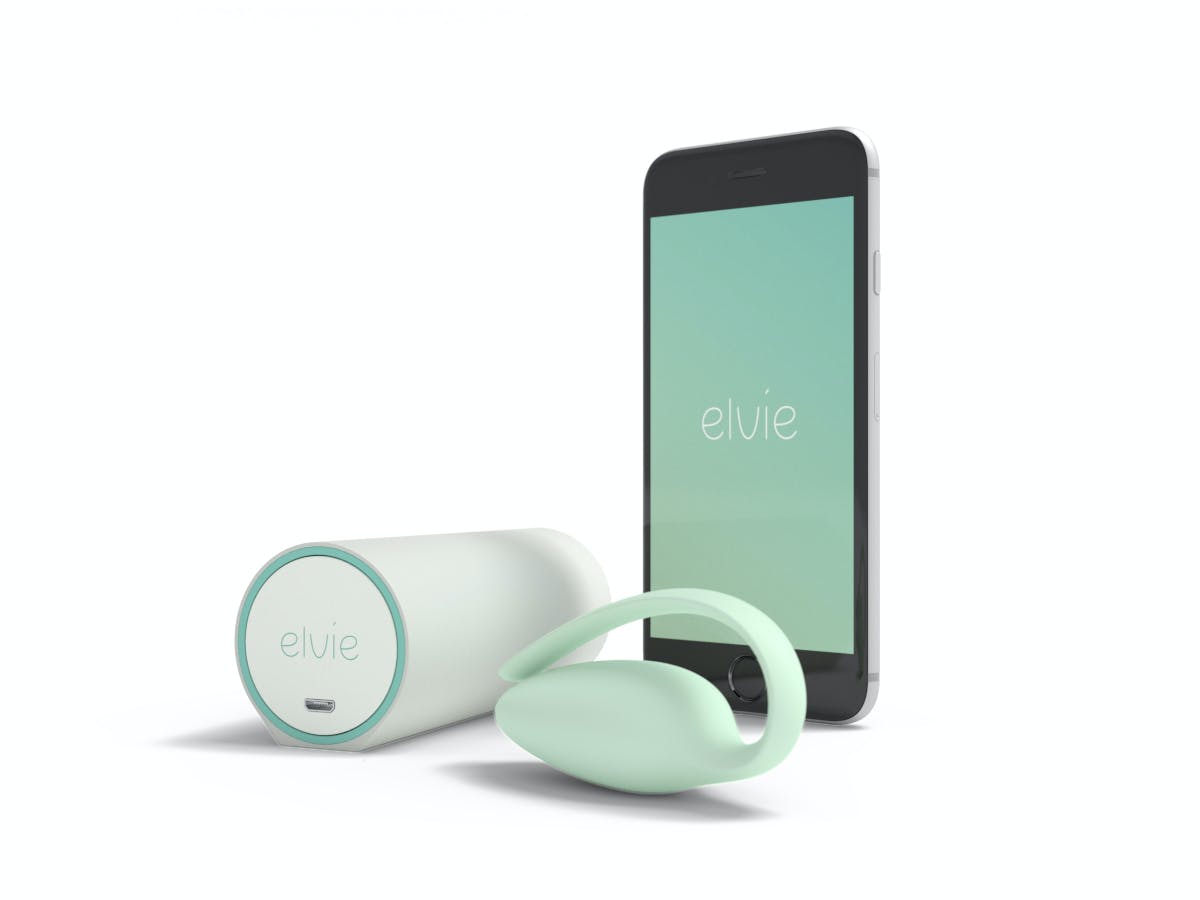 Although the Elvie is fairly unique in that it uses a highly sensitive dynamometer to measure force exerted (i.e. how strongly you’re clenching and releasing your pelvic floor muscles), it’s far from the only smart Kegel-exercising gadget on the market. In fact, over the past year or so, there’s been a slew of similar products geared at helping women tighten up down there, as studies have shown that regular Kegel exercises help strengthen bladder control and increase sexual sensation, particularly for women who have just given birth. (There is a contradictory school of thought, particularly prevalent in the fitness blogosphere, that argues doing regular Kegels is actually detrimental to pelvic floor health.)

From the kGoal to connected Ben Wa balls, the rise of Kegel-strengthening devices proves that the next trend in wearable tech isn’t FitBit or Jawbone or even the Apple Watch. It’s tech for your lady-parts.

Arguably the precursor to the Kegel trainer trend, the Miu-Miu Balls consist of two small vibrating balls that you insert into your vagina. While the balls vibrate spontaneously, they’re also connected to a remote control, so your partner can reward your squeezes with small vibrations from up to 10 meters away. They’re essentially slightly higher tech Ben Wa balls, the sex toys made famous by 50 Shades of Grey, but with a sexual health twist.

Created by the same folks who made the Lily Cup, the first collapsible menstrual cup to fundraise on Kickstarter, the KegelSmart is a pink bullet that coaches you through your Kegel exercises with small vibrations. All you have to do is tighten your pelvic floor muscles when it starts vibrating, and release when it stops. Because the KegelSmart uses vibrations to coach you through your exercises rather than a fancy connected app or video game, it’s arguably one of the simpler and more streamlined smart Kegel exercisers on the market.

A smart Kegel trainer that launched on Kickstarter earlier this year, the sexual health startup Minna Life’s kGoal (get it?) is a flexible plastic device that measures how much pressure your pelvic floor muscles are exerting while you do your Kegels. Although it wasn’t the first Kegel trainer on the market, it was arguably the first to capitalize on the fitness-tracking wearable craze, providing real-time biofeedback on your performance via a wireless app that tracks how many reps you’ve done, the duration of your average “squeeze,” and your weekly
improvement.

A baby-pink Kegel exerciser for the Cosmo-swilling, SATC-loving set, the Candy Smart Kegel Exercise Ball also connects to a smartphone app that tracks your pelvic floor-strenghtening progress across more than 60 training courses. It’s unclear, however, if the CANDY is still fundraising—the website for its founder, IMTEM, appears to be defunct. Stay tuned.

Invented by a Chinese entrepreneur whose wife struggled with post-partum incontinence (a problem many women experience after giving birth) the Skea is a bit like the kGoal in terms of design, except with an added gameification element: The app includes a Temple Run-like video game, Alice In Continent, where you can control the avatar’s movements by clenching or unclenching your pelvic floor muscles. In other words, the Skea is a video game that you can play with your vagina. In this sense, it’s probably the most creative Kegel exerciser on the market, not to mention the one that would probably be the most fun to play while you’re on the subway. Good luck explaining to the person next to you how you’re controlling it without using your hands.