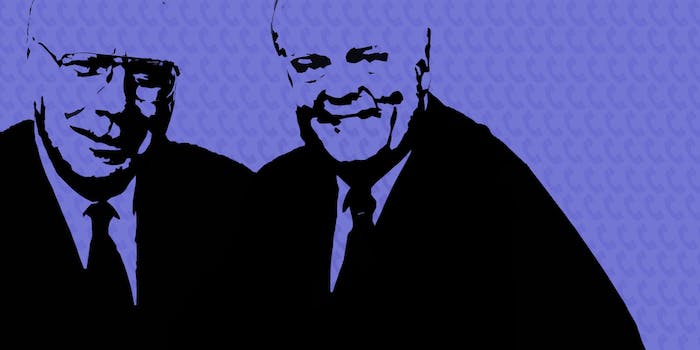 Not only does the USA Freedom Act address a number of NSA-related privacy concerns, it actually could pass.

The bill regarded as standing the best chance of actually curtailing the National Security Agency’s domestic spying activities in the near future was introduced into Congress Tuesday.

Most notably, the bill would stop the NSA’s from collecting and storing phone practically all American call records, a practice unknown before former agency contractor Edward Snowden leaked evidence of its existence, and now openly admitted by the U.S.

But it seeks to address a handful of other NSA-related issues dear to privacy activists, too, like creating a public advocate to stand for private citizens during the secret Foreign Intelligence Surveillance Court, and forcing the FISC to disclose any ruling that creates a “significant construction or interpretation of the law.”

Ironically, both men helped create that practice in the first place. Each voted for the USA Patriot Act—Sensenbrenner was its principal author—back in 2001, in the aftermath of the 9/11 attacks. One of the more than 100 sections of the U.S. Code amended by the Patriot Act allowed for the NSA to begin getting American phone records in bulk, which the agency had already started doing at a smaller scale.

The USA Freedom Act, though, would end that practice. “Somewhere along the way, the balance between security and privacy was lost,” Sensenbrenner said in his announcement of the bill. “It’s now time for the judiciary committees to again come together in a bipartisan fashion to ensure the law is properly interpreted, past abuses are not repeated and American liberties are protected.”

The House has addressed metadata collection once before. In July, Congressman Justin Amash (R-Mich.) brought forth a budget amendment bill that would defund the portion of the NSA’s budget devoted to Americans’ phone records. The bill fell 12 votes short of passing, catching seemingly everyone by surprise. Amash has since thrown his full support behind Sensenbrenner’s bill.

By any measure, the USA Freedom Act has far more support at its outset than Amash’s amendment did. More than 70 House representatives have signed as cosponsors, as have 16 senators. At least six representatives who voted against Amash’s bill have since pledged to vote for the USA Freedom Act. And as Sensenbrenner and Leahy note, a wide range of advocacy groups have offered their support, ranging from the ACLU, NRA, and Stop Watching Us, the coalition of privacy activists who marched on Washington, D.C. on Saturday.

“The days of unfettered spying on the American people are numbered,” Amash declared in a press release. “This is the bill the public has been waiting for.”