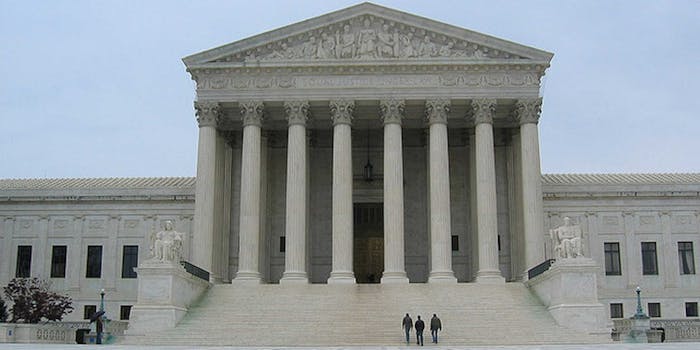 Terrorism suspect Jamshid Muhtorov could be the first to challenge the practice of warrantless data collection.

The stage has been set for a legal test of the U.S. government’s covert intelligence gathering procedures after the Justice Department announced plans to use information obtained without a warrant for the first time in the prosecution of a terror suspect.

In a notable policy shift, federal prosecutors have told Jamshid Muhtorov, a man accused last year of providing material assistance to a terrorist organization, that they intend to use evidence against him that was gathered through one of the federal government’s warrantless surveillance programs.

The decision opens the door for a probable Supreme Court review of the controversial domestic spying programs that have exploded since Sept. 11. A previous effort to challenge the programs in court was rejected on the grounds that those bringing the lawsuit could not prove they had been targeted for surveillance. But with a transparent admission from prosecutors that the evidence against Muhtorov was obtained without warrant, the same cannot be said of his likely challenge.

Muhtorov, a Uzbek national, relocated to the Aurora, Colo. area in 2007 as a refugee. It was while living in the United States that prosecutors say he began planning to travel abroad and join the Islamic Jihad Union, an Uzbek militant organization accused of attacking NATO coalition and U.S. Forces in Afghanistan. Court documents indicate Muhtorov came under suspicion for communications with a website administrator for the group.

According to the New York Times, the decision to notify Muhtorov that warrantless evidence was used in the investigation against him came after a lengthy back-and-forth inside the Justice Department.

“The debate began in June when Solicitor General Donald B. Verrilli Jr. discovered that the department’s National Security Division did not notify criminal defendants when eavesdropping without a warrant was an early link in an investigative chain that led to evidence used in court,” the Times reported. “As a result, none of the defendants knew that they had the right to challenge the warrantless wiretapping law.”

It was a direct contradiction to testimony Verrilli gave the Supreme Court last year during a case challenging Bush-era expansions to the Foreign Intelligence Surveillance Court’s authority. The FISA Amendments Act of 2008 authorized the government to wiretap Americans’ emails and phones, on domestic soil and without an individual court order, as long as the spying was targeted at a foreigner abroad.

The law was challenged in the Supreme Court last year by a group of plaintiffs led by Amnesty International. They claimed the law violated the U.S. Constitution, but the case was dismissed, at Verrilli’s urging, on the grounds that the defendants lacked proper legal standing since they could not prove that they had actually been targeted for surveillance under the law.

The case was dismissed in a 5-4 decision. In his majority opinion, Justice Samuel Alito noted that the door was still open for judicial review if a petitioner came along with clear proof that evidence against them was obtained without warrant.

Muhtorov will likely be that petitioner.

If his case moves forward, it could wind up having a resounding impact on the federal intelligence community. In the aftermath of the Sept. 11 attacks, an increase in warrantless spying at home has been vexing privacy advocates for years. The issue has since come front and center in America’s political dialogue in the aftermath of bombshell revelations from National Security Agency leaker Edward Snowden, who cast new light on the scope of domestic information gathering operations.