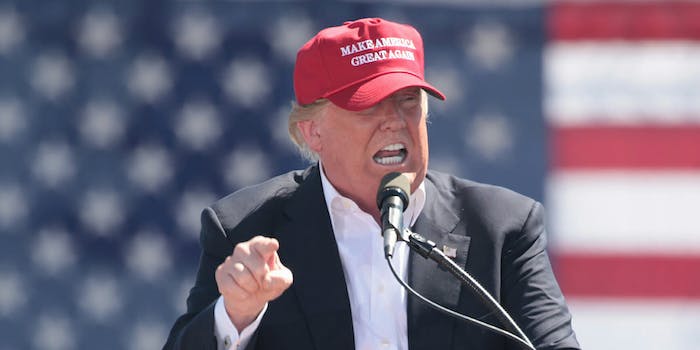 The decision to withdraw from the council comes one day after it criticized President Donald Trump's administration for separating children from their families at detention centers near the border.

The United States was expected to withdraw from the United Nations Human Rights Council on Tuesday, according to numerous reports.

The announcement was planned to come from Secretary of State Mike Pompeo and UN Ambassador Nikki Haley around 5:00pm ET, Politico reported.

The decision to withdraw from the council comes one day after it criticized President Donald Trump‘s administration for separating children from their families at detention centers near the border. The policy decision by the Trump administration has been condemned in recent weeks, with a fever pitch being reached earlier this week as photos, videos, and audio of the detention centers have been shared with the public.

Politico reported that United States officials have accused the UN Human Rights Council of being biased against Israel. The U.S. has also criticized a lack of stringent membership criteria for some countries involved with the council, according to CNN.

Haley warned the council last year that the United States would withdraw from the council if changes were not made.

“Many of the world’s worst human rights offenders were elected to the seats on the Commission. They used those positions, not to advance human rights, but to shield themselves from criticism or to criticize others,” she said during a June 2017 speech. “In short, the Commission had lost the world’s trust. It had stained and setback the cause of human rights.”

Update 9:28pm CT, June 19: Ambassador to the UN Nikki Haley announced Tuesday the U.S.’s withdrawal from the United Nations Human Rights Council. She said the U.S. would be “happy” to rejoin if the organization follows through on desired reforms, the Hill reported.

“We take this step because our commitment does not allow us to remain a part of a hypocritical and self-serving organization that makes a mockery of human rights,” Haley said.

She also addressed the council’s recent call for the Trump administration to end its enforcement of the “zero tolerance” immigration policy separating families at the U.S. border.

“Once again, the United Nations shows its hypocrisy by calling out the United States while it ignores the reprehensible human rights records of several members of its own Human Rights Council,” she said.