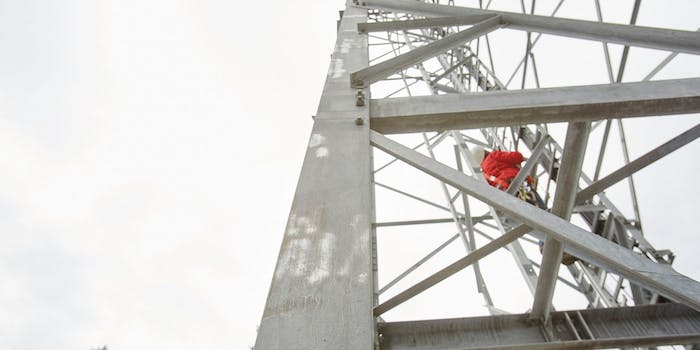 The U.S. is lagging behind other countries in rolling out high-speed wireless Internet

Are you an American enjoying your high-speed mobile broadband? A lot of your fellow citizens don't have that luxury.

When it comes to super-fast wireless Internet speeds, the world has left the United States in its dust.

That’s one of the major takeaways of OpenSignal‘s State of LTE report for the third quarter of 2015. In general, the report contains good news about global adoption of LTE, aka “Long Term Evolution,” which in the U.S. is often branded as 4G. Data collected through OpenSignal’s app between June and August 2015 show that speeds are increasing and coverage has become nearly ubiquitous in some countries.

Four new countries jumped into LTE during this timeframe: Laos, Malawi, Guernsey, and Morocco. Their inclusion brings the total number of countries with at least one commercial LTE network to 140.

OpenSignal found that the best performing networks were in Asia. Japan and South Korea are the only two countries that have achieved over 90 percent coverage. Early adopters of LTE, like the United States and Sweden, have also managed to blanket a majority of their country with the technology. In the U.S., LTE reaches 78 percent of areas—though obviously the urban–rural divide remains significant, as it does with fixed broadband coverage.

Among the major U.S. wireless carriers, Sprint lags steadily behind its competition in LTE coverage. While Verizon Wireless and AT&T cover more than 80 percent of the map, Sprint only covers 64 percent. According to OpenSignal, regional carrier U.S. Cellular has passed Sprint in national LTE coverage.

Global LTE adoption has improved significantly since the second quarter, when barely a third (36 percent) of countries offered LTE service more than 50 percent of the time. In Q3, that number jumped to 50 countries.

The problem for countries like the United States and Japan is that, while they have managed to provide a considerable amount of access, they lag in providing consistently high speeds. The U.S. sits in the same download-speed tier as India, Mexico, and Kazakhstan, offering on average 10 Mbps through LTE.

South Korea offers slightly slower speeds, clocking in at 29 Mbps, but the country has improved markedly in 2015, doubling the speed it achieved last year.

It’s difficult to compare directly the coverage and speeds of larger nations like the United States to smaller countries in other regions. U.S. subscribers are numerous and geographically dispersed, making it more difficult for U.S. carriers to provide consistently speedy coverage than it is for their European and South American counterparts.

But the United States’ unimpressive speeds aren’t merely bad by comparison. They’re bad no matter how one looks at them. OpenSignal suggested that the U.S. had failed to keep up with the rest world in both spectrum and technology, relying on a limited number of frequency bands and moving only slowly to adopt an improved standard, LTE-Advanced.