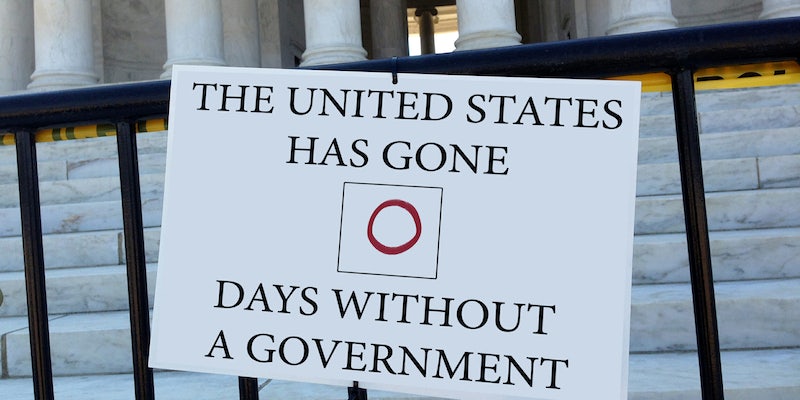 The U.S. is about to endure its second government shutdown in just over a month after an agreed-upon two-year spending deal devolved into a fight over the deficit.

Yesterday, the Senate reached a two-year budget deal that pleased the majority of members in both parties, adding $400 billion to the budget and ending years of fiscal constraints.

But tonight, Sen. Rand Paul (R-Ky.) stopped it all.

Paul repeatedly, over the course of the night, as the deadline approached, brought on procedural hurdle after procedural hurdle, trying to raise attention to how the agreement would increase the deficit.

Instead of voting on the bill, the Senate adjourned for the evening, bringing on the second government shutdown in just three weeks.

Though the Senate deal was hailed as a major achievement, it always faced a dubious future in the House, where it was going to be fought by Republican budget hawks and Democrats who wanted a deal on immigration before passing any spending agreement.

Senators are promising to vote on the spending agreement as early as Friday morning, promising that this shutdown will probably be brief.

Update 5:41am CT, Feb. 9: Early this morning, both houses passed the two-year spending deal, paving the way to end the brief government shutdown.

President Trump is expected to sign the bill, ending the second shutdown of his presidency.