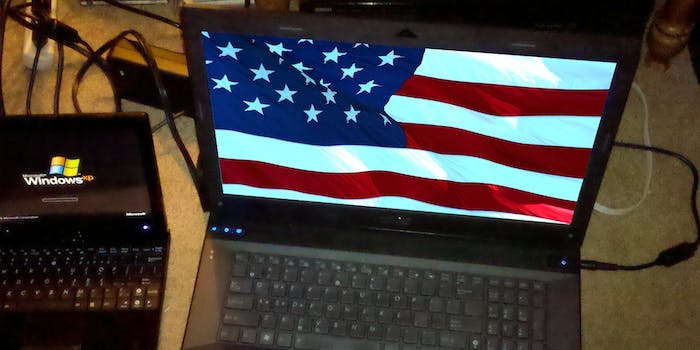 The agency that funds encrypted-messaging apps and Tor is doubling down on those efforts.

The United States government agency that oversees pro-American radio and television channels in foreign countries plans to expand its work promoting a free and open Internet.

The Broadcasting Board of Governors describes in its Fiscal Year 2017 budget request plans to launch an Internet Freedom Office, a special office for open-Internet activities, moving those programs out of its general technology and innovation office.

The BBG promised to “strengthen its robust Internet Freedom (IF) program as a shared support service for projects to counter [I]nternet censorship across the globe” in 2016 and 2017.

Along with the State Department, the BBG has been at the forefront of U.S. government efforts to combat Internet censorship by repressive regimes like Iran, China, and Syria. Its Radio Free Asia operation, which runs the agency’s Open Technology Fund, spent more than $10 million on encryption, anonymous communication, and cloud services, including the Edward Snowden-recommended secure-messaging app Signal.

Between 2007 and 2013, the BBG contributed more than $3.5 million to the Tor Project, which runs the world’s largest encrypted, anonymous Web-browsing platform.

The BBG is seeking $12.5 million for Internet freedom activities in the 2017 fiscal year. It asked for the same amount last year, but Congress upped that funding to $15 million for 2016, and it could do so again this year.

Voice of America, the agency’s best-known product, has successfully evaded Chinese keyword-based censorship in its weekly current-events discussions. Moving forward, the BBG said in its budget request, “VOA Tibetan will leverage the method that they successfully pioneered to crack Chinese restrictions and link to the VOA Tibetan website with a QR (Quick Response) code that mobile phones can scan.”

Photo via Kevin Simpson/Flickr (CC BY 2.0) | Remix by Max Fleishman