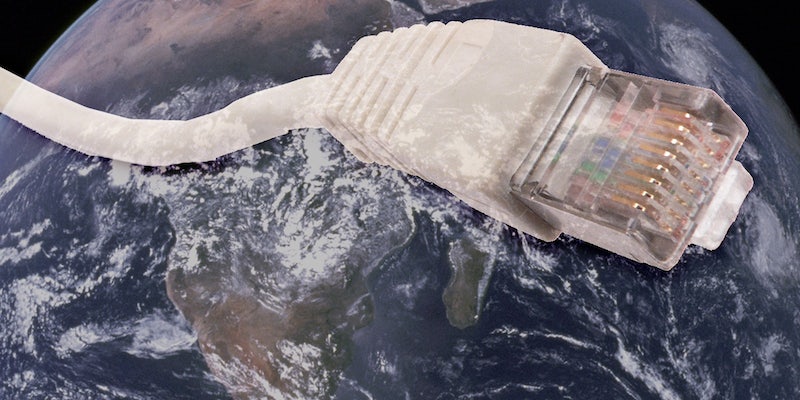 When it comes to the Internet, the U.S. isn’t leading by any means, and it’s only getting worse.

The U.S. has its fare share of issues when it comes to the Internet, between the National Security Agency’s mass surveillance and the ongoing battle over net neutrality. With so many entities threatening the fundamental nature of the Internet, improving the quality of America’s Internet has, for the most part, fallen off the radar.

If you were to tell someone in Hong Kong or Singapore how much you pay for your broadband Internet service in the U.S. and the speeds you receive in return, they would be shocked. America may have invented the Internet, but we have seriously fallen behind with the speed of our broadband networks and how much we pay to access a utility that has become essential across the world.

The U.S. is ranked 30th in the world in broadband speeds, behind the likes of Iceland, Romania, Bulgaria, France, Russia, and the U.K. To put that ranking in perspective, the U.S. Mens Soccer Team—a sport that 99.1 percent of Americans quit before their 10 birthday—is ranked 13th in the world, and we definitely didn’t invent soccer.

We also pay more for much less, shelling out an average of $55 a month for broadband service, while countries with faster connections like France, Russia and the U.K. all come in at under $45 a month. Even the citizens of Hong Kong—which averages the fastest Internet speeds in the world—pay over 40 percent less than American customers, with an average cost of $31 a month for broadband service.

The breakdown of the cost per megabit for broadband continues the disheartening trend for Americans. At $3.50 per megabit, we are lagging behind countries like Russia ($0.98) and Ukraine ($0.90). This infographic shows how far—in every aspect of the Internet—we have fallen behind.

When it comes to the Internet, the U.S. isn’t leading by any means, and it’s only getting worse. Companies like Comcast, who control vast swaths of America’s Internet access—a number that could grow to 120 million Americans if the merger with Time Warner Cable goes through—has no incentive to bring America back to the forefront of Internet connectivity.

We have reached a vital point in the short history of the Internet, with a plethora of issues that will define how we utilize one of our greatest achievements for years to come. Our goal shouldn’t be to keep the Internet as it is, but to make it better, and change it into what it should be.

This article was originally published May 19, 2014. You can support net neutrality by participating in the Internet Slowdown Day.