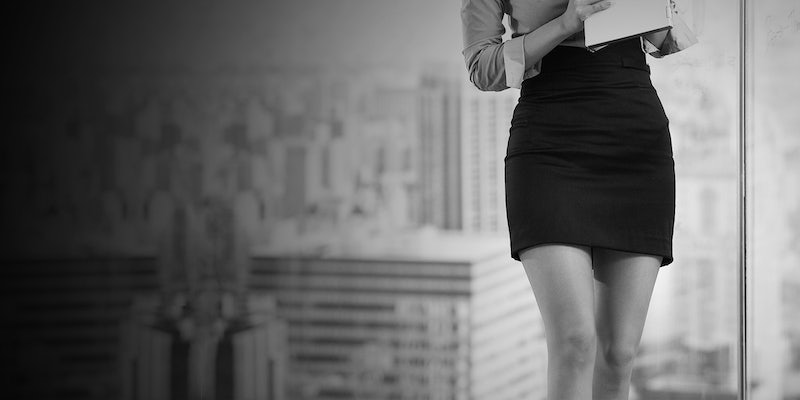 And it's not the first time a U.S. court has ruled this way.

Prosecutors have dropped charges against a man they accused of taking “upskirt” photographs of women at the Lincoln Memorial without their consent, after a Washington D.C. judge ruled that women should not have an expectation of privacy in a public place.

Christopher Cleveland was arrested after allegedly taking photos of women wearing dresses, and officers “found numbers shots of women’s crotches and buttocks on Cleveland’s camera after his arrest,” reports abc7. Officers found one of the women depicted, RT reports, “who told them she had not given anyone consent to photograph her.”

But the evidence was thrown out by Judge Juliet McKena because Cleveland had not gone to “extraordinary lengths” in capturing the images, and the case was subsequently dismissed.

“This Court finds that no individual clothed and positioned in such a manner in a public area in broad daylight in the presence of countless other individuals could have a reasonable expectation of privacy,” McKenna’s ruling says, and that the “images captured were not ‘incidental glimpses’ and in fact were images that were exposed to the public without requiring any extraordinary lengths whatsoever, to view.”

McKenna did however acknowledge that Cleveland’s behaviour was morally problematic. “The fact that the Defendant was intentionally photographing publicly exposed areas of women’s clothed and unclothed bodies… is repellant and disturbing.”

Much of the reporting on the case has focused around the notion of “upskirt” photographs—a term the prosecutors themselves used to describe Cleveland’s actions. The Court, however, disagreed with this characterization, telling abc7 that there “was absolutely no evidence that on the day of his arrest, the defendant engaged in behaviour that could be described in any way as ‘up skirting’ (the taking of photographs up a woman’s skirt), as the judge made clear.”

Cleveland’s actions on the day in question may more accurately be described as “creepshots”—a term used to described photos taken of (almost always) women, without their consent and for predominantly sexual purposes.

The D.C. ruling follows in the wake of both Massachussets and Texas ruling that upskirt photos are not illegal—in the former because there weren’t suitable laws that can be enforced, and in the latter because upskirt shots are deemed “protected speech” under the First Amendment. A 2007 statute in Texas had aimed to outlaw non-consensual public photography intended to ‘arouse or gratify the sexual desire of any person.” A judge struck the law down as unconstitutional, because the photos are an extension of expressive speech, a “person’s purposeful creation of photographs and visual recordings.”