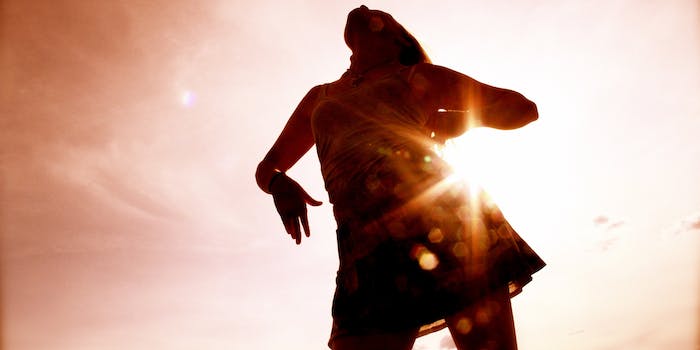 Great news, creeps and perverts in Massachusetts! The state Supreme Court has ruled that it’s not illegal to snap upskirt photos—you know, that chivalrous practice of sticking your cell phone underneath someone’s clothes and taking pictures without their knowledge or consent.

The case stems from Michael Robertson, who by late 2010 had established a creepshot routine. He’d ride the Massachusetts Bay Transportation Authority, sit across from women wearing skirts, settle his phone on his crotch, and snap away. After one woman photographed him back, police set up a sting, and caught him in the act of videoing a female cop.

But Justice Margot Botsford of the state Supreme Judicial Court ruled Wednesday that he didn’t violate the law. Legally, it essentially comes down to the fact the state charged Robertson with photographing nude people without their consent, and therefore he’s shielded because no one was actually nude. And there isn’t an explicit law against taking such photos in Massachusetts, as there are in some other states.

“A female passenger on a MBTA trolley who is wearing a skirt, dress, or the like covering these parts of her body is not a person who is ‘partially nude,’ no matter what is or is not underneath the skirt by way of underwear or other clothing,” Botsford wrote in her opinion.

Though Robertson got away with it, his successors may not be so lucky. Massachusetts lawmakers filed bills to end creepshots back in early 2013. Though they’ve languished since then, House Speaker Robert DeLeo said in a statement after the ruling that state congress “will begin work on updating our statutes to conform with today’s technology immediately.”

Photo by Kara Allyson/flickr (CC By 2.0)