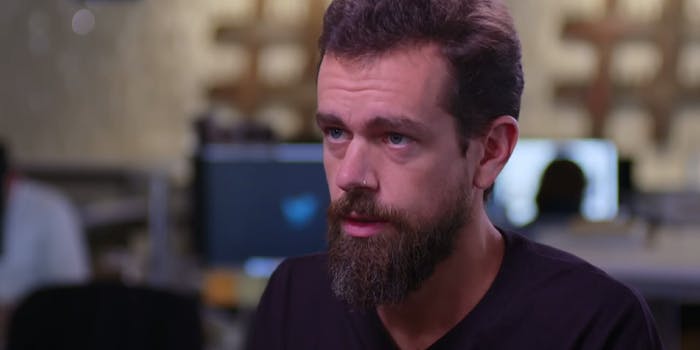 Users are rallying under the hashtag #untwitter8chan.

Twitter is currently not taking action against the account of the notorious internet forum 8chan, despite a mounting campaign by users demanding the company ban it.

The social media giant refused to comment on the matter when contacted by the Daily Dot late Monday.

Users rallied under the hashtag #untwitter8chan in a bid to pressure the social media giant to permanently suspend the forum’s verified @infinitechan account.

Idk, can we get an #untwitter8chan tag trending or something?

I'm at a loss as to how the twitterverse isn't directing more outrage towards the fact that @twitter is keeping white supremacist 8chan's account (@infinitechan) up and verified.

Before long the hashtag was trending.

It emerged on Saturday that 8chan was used by the shooter in El Paso, Texas, to post his racist manifesto moments before he went on to kill 22 people and injure dozens in a murder spree at a Walmart.

In March, the terrorist who killed 51 people in Christchurch, New Zealand, also posted his manifesto to 8chan.

The campaign to boot 8chan from Twitter emerged as other tech firms followed the lead of Cloudflare in withdrawing their web services from the website.

Despite 8chan’s attempts to pivot to another service provider, hosted by Voxility, they too dropped the site, leaving it in the dark.