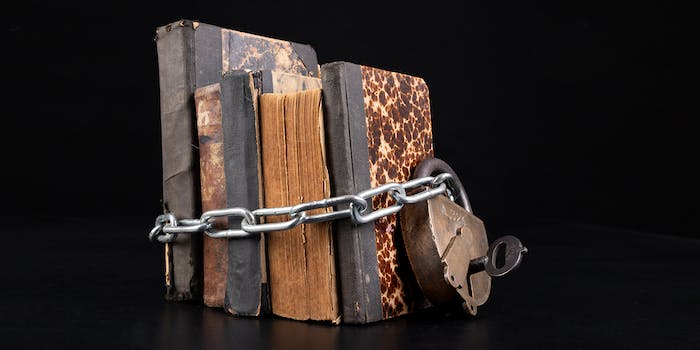 Infamous, reactionary tweeters band together to launch own university that will teach ‘forbidden courses’

'Are you offering a major in getting ratio'd or just a certificate?'

To fix what they view as America’s broken higher education system, a group of academics, journalists, and the co-founder of Palantir have banded together to launch the University of Austin. The effort is already being widely mocked and derided. Its plan to offer “forbidden courses” has particularly inspired merriment.

The University of Austin promises to tackle what former St. John’s College President Pano Kanelos described in a post on Bari Weiss’ Substack as “illiberalism” and “censoriousness” at the nation’s universities.

“So much is broken in America,” the post begins. “But higher education might be the most fractured institution of all.”

The lengthy announcement comes from the minds of the nation’s most prominent reactionary bloggers and thinkers, who have become online iconoclasts for their desires to break with the “woke” movement they believe is brainwashing elite American academic universities and trickling down to the rest of the country. Weiss in particular has led the charge, quitting the New York Times in a huff and becoming a leader of the “movement.”

The announcement argues that cancel culture and finances are twin forces ruining higher education. Diversity of thought is being punished and tuition costs too much, Kanelos writes. Rising costs mean schools are increasingly fighting over a shrinking pool of students—whom he believes they’re letting down.

“We are done waiting for the legacy universities to right themselves,” Kanelos says. “And so we are building anew.”

The university isn’t accredited yet, nor does it have a campus. It’s currently operating out of a 5,700-square-foot house that boasts four bathrooms, per Zillow. The website says they’re looking for land for a campus. It also notes that its fiscal sponsor is Cicero Research and that it’s working to raise “$250 million, which will enable us to grow into a comprehensive university.”

Gawker reports that Cicero Research appears to be the nonprofit arm of libertarian lobbying group Cicero Institute. Palantir co-founder Joe Lonsdale is chairman of the institute’s board. He’s also named as one of four key members of Cicero Research on its Form 990. (Two others are Tayler Lonsdale and Jeff Lonsdale; the fourth is “philosopher-in-residence” at Joe Lonsdale’s venture capital firm.)

Kanelos writes that Lonsdale was among the core group that launched the university.

The University of Austin promises to be “fiercely independent” and intends to begin offering masters-level courses next year, according to its website.

But first, this summer, it will offer its inaugural “Forbidden Courses” program.

“A very long letter about silencing ideas that never ONCE mentions the fact that it’s been made *literally illegal* to talk a particular way about race in schools in certain states,” Josie Duffy Rice tweeted, referring to several states banning critical race theory from being taught in schools.

“I’m very excited to attend the first higher learning institution where professors stop in the middle of class to do a sponsor read for supplements,” Anil Dash joked.

“Something tells me this is less ‘fearless pursuit of truth’ than ‘fearless grift for $$$,'” tweeted another.

The University of Austin, which wants to be known as UATX, plans to open its undergraduate program in 2024.