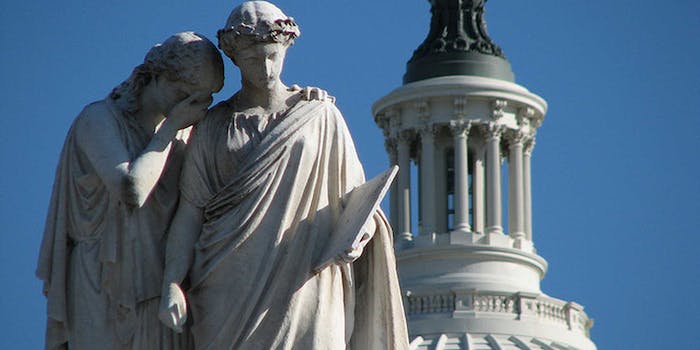 Unfurlough.us: A freelance job board for furloughed government workers

A new project helps government workers use their skills during the shutdown.

It started off with food and drink deals at local restaurants to help cash-strapped government workers. Now, several companies have banded together to create a specialized online job forum to help furloughed workers find freelance work to see them through a protracted government shutdown with no end in sight.

On Thursday, unfurlough.us went live. It’s a site designed to help connect workers who’ve been left out in the cold by the government shutdown connect with private sector companies in need of temporary help. As of Friday afternoon, 36 jobs were listed under the “gigs” heading, while 26 furloughed job seekers had signed up as “freelancers.”

The site was built in less than five hours using the open source tools at Drupal. The job board is a creation of Blen Corp, a small D.C.-based information technology firm, in partnership with 1776, a business start-up incubator also based out of the nation’s capitol.

1776 cofounder Donna Harris said the idea came from several of the startup companies working out of business incubator’s offices. It started out as a Google doc several days ago. Within 24 hours, furloughed federal workers and contractors had already begun working for several of the 1776 start-ups.

“The longer the shutdown goes on, the more jobs I think we’ll see listed and the more successful freelance work we’ll see being done,” Harris told the Daily Dot.

Harris said the site serves a dual purpose. For the startups in demand of short-term contract work, it’s a way to tap into the suddenly crowded professional D.C. job market. For furloughed workers, it’s a way to help tide themselves over while Congress and the president remained locked in a stalemate.

“The reality is that for many federal workers – or those in contracting positions – being furloughed puts a fine point on the fact that the jobs they thought were secure are now just as risky as other options,” Harris said.

This overnight job hunting resource is just the latest step local D.C. businesses have taken to ease the impact on some 800,000 furloughed federal workers. In D.C., many bars, restaurants and other businesses have begun offering discounts to furloughed workers (while in some cases raising prices on members of Congress).

All this comes as some members of Congress show their very worst sides. Recent polls show most Americans blame congressional Republicans for the shutdown, as GOP members of the House hold up a government funding measure in order to try and defund the Affordable Care Act. Yet this didn’t stop one Republican representative from Texas from getting in the face of an unpaid National Parks worker and blaming her for the government shutdown.

This contrast has many people heaping praise upon D.C. residents, while casting scorn upon elected officials.

“Given how shitty the terms of furlough are, I’m really pretty proud of D.C. (used to live there) doing some cool stuff to help out the folks who were furloughed,” writes BWStearns on Hacker News. “Between Unfurlough and the heavy food/drink discounts, I hope that the furlough doesn’t completely suck.”