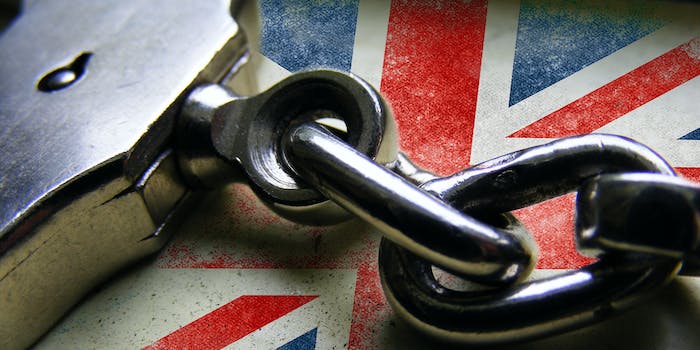 "These Internet trolls are cowards poisoning our natonal life."

The U.K. is considering sending its trolls to prison for two whole years.

Trolling is already a serious crime in the U.K., which has put a number of people behind bars for online threats and offensive claims. On Monday, 21-year-old Garron Helm was reportedly given a four-week sentence, though he’s only expected to serve two weeks of that, for tweeting “#hitlerwasright” and “You can always trust a Jew to show their true colours eventually” to a Jewish member of Parliament, Luciana Berger.

Under the U.K.’s Malicious Communications Act, sexually or verbally offensive messages, or threats, can be prosecuted, but only for a maximum sentence of six months.

“These Internet trolls are cowards who are poisoning our national life,” Grayling told the Daily Mail Sunday.”That is why we are determined to quadruple the current six-month sentence.”