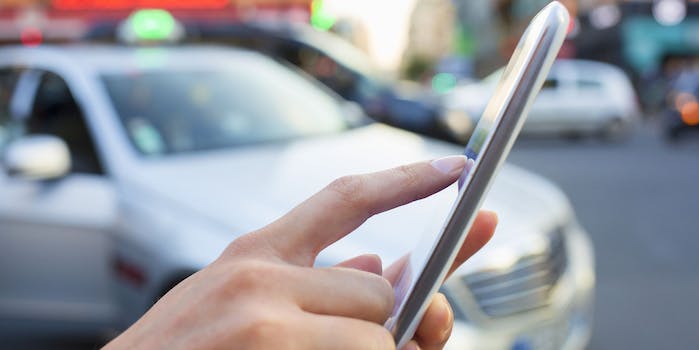 Uber is currently testing the ability for drivers to charge late passengers, among other new features

Until Uber’s fleet of cars is entirely self-driving, the company must keep drivers at least somewhat happy.

On Tuesday, the company rolled out app updates that fix some complaints drivers have about the company. Now, drivers will be able to work trips into their commutes, pause requests, and charge riders for taking too long.

Driver Destinations is Uber’s feature that enables drivers to put in their destination and then automatically find passengers along their route. It only works twice a day, so essentially it’s for going to and from work. Pausing requests, another new feature, means Uber drivers won’t have to decline rides when they’re ready to go home, which negatively impacts ratings. Drivers can turn it on during their last ride and they won’t be alerted for more passenger pickups when they drop off the current passenger.

Additionally, riders will now be charged for disrespecting drivers’ time and taking too long to get in an Uber. If the driver has to wait more than two minutes, they’ll start getting paid. These new features aren’t available to all drivers yet. They’re still either in the testing phase or rolling out to more cities after piloting in a handful of markets.

Uber’s efforts to placate drivers come after mounting lawsuits against the company citing unfair treatment of drivers. The company recently settled with drivers for up to $100 million after class-action cases brought against the company in a labor litigation argued drivers should be treated as employees, not contractors. While drivers will remain freelancers, the company promised to be more transparent about ratings, termination, and potentially form driver associations.

Of course, Uber’s efforts to appeal to human drivers will be rendered obsolete when it turns exclusively to a fleet of self-driving cars. It’s no secret that there’s an expiration date on the Uber driver gig. The company is working on self-driving technology at its Advanced Technologies Center in Pittsburgh, where engineers are already testing cars on the roads.

In addition to the app updates, Uber is also rolling out its Instant Pay program to all U.S. markets. The debit card and business checking account provided to Uber drivers through GoBank lets them immediately get paid for rides. The company began testing a pilot in San Francisco earlier this year. The card comes with an $8.95 monthly fee that GoBank waves if drivers make a deposit at least once every six months.

Uber will also now offer discounts to its drivers who take Uber as passengers, testing a program that gives 15 percent off uberX after completing 10 trips weekly, or 50 percent off UberBLACK after 20 weekly trips. Of course, Uber’s actual employees (not its drivers, who remain contractors) have received Uber discounts and ride benefits for years. But in 2014, Uber drivers were allegedly fired for sharing and using discount codes for rides.