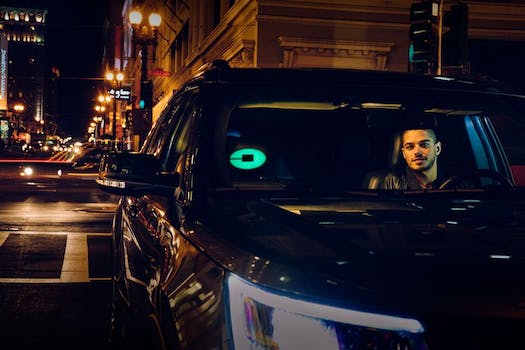 Uber launches Beacon so you can more easily spot your Uber

Beacon lets you identify your incoming Uber by color.

The other evening I crowded along a downtown San Francisco sidewalk in the dark and drizzle. Cars were bumper to bumper along the curb in front of me, and I was squinting, trying to check make and models and license plate numbers to identify which of the two dozen-odd vehicles could be my Uber. According to the app’s map, it was right there… somewhere.

Having difficulty finding your Uber—or hopping in someone else’s ride on accident—is a relatively common issue for ride-sharers, but now Uber hopes to make that a little easier with something called Beacon.

Beacon is basically a light that goes on the driver’s windshield. In your app, you select what color you want that light to shine. Then, when you see a driver pull up with that matching color glowing, you’ll know exactly which car to hop into.

Last year, Uber began beta testing this technology in Seattle with a similar device called Spot. Where Beacon is in the shape of your usual Uber logo, Spot was just a light strip on the edge of a driver’s windshield. Uber says that the Beacon light is wireless and can last several days before needing a charge. The device can also be customized for holidays or special events, flashing colorful rainbows for Pride weekend, for example.

Beacon is initially being rolled out in four cities—Miami, Denver, Nashville, and Newcastle (U.K.)—that will be Beacon-enabled before New Year’s, but it will expand to more cities through 2017.

Hopefully Uber CEO Travis Kalanick will continue to foster such bright ideas on a larger scale in the coming years as a member of  Trump’s Strategic and Policy Forum.