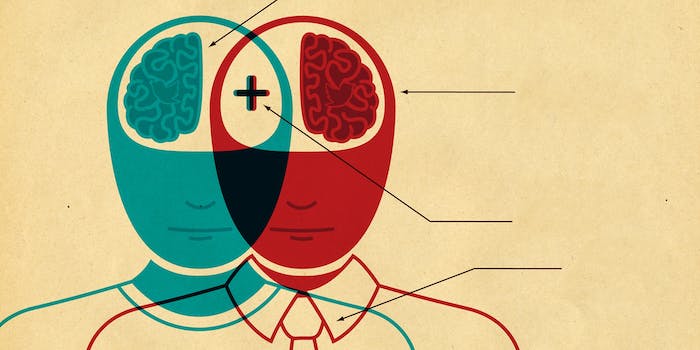 Twitter is learning about our brains, and so are we.

In an attempt to understand how its product affects our brains, Twitter has commissioned a study in the UK to learn about the human brain’s response to tweeting. The results suggest good news for the company: The study not only found that using Twitter drives positive brain stimulation, but also that regular Twitter users unconsciously store information in their brains that can influence their future purchasing behavior—whether they realize it or not.

Because people generally follow and discover things in which they are personally interested, the study detected high levels of activity in regions of the brain implicated in the phenomenon of “personal relevance.” This phenomenon involves stimuli to which we strongly relate, such as favorite sports teams or celebrities.

According to the study, when subjects were interacting with tweets or replying to people, brain activity strength was 51% above the “online norm.” Users who passively browsed the service by scrolling through the feed displayed roughly half that level of increase, or 27% above the norm.

Using Twitter also correlated with increased activity in the area of the brain that processes emotional intensity. Researchers attributed this to Twitter’s model of pairing small pieces of content with immediate responses.

“For people actively using the platform the study found that Twitter scored 75% above the norm for emotional intensity,” the researchers reported. “Passive use of Twitter also scored very highly, coming in at 64% above the online norm.”

Twitter also impacts memory: The study found that active Twitter use produces 56% stronger memory encoding, or storing of new information, than is the case with the average website.

What does this mean for people who use Twitter? Chances are if you’re a heavy Twitter user, your brain is acting like a sponge, soaking up information in 140-character bursts that could unconsciously impact choices you make in the future.

“There is a very strong correlation between memory encoding, what is stored, and our subsequent actions including purchase behaviour. The reason for that is that stuff can go into our heads and we might not be consciously aware of it, but it is there and can drive our future actions. We’re not always consciously aware of what’s behind our behaviour, but what’s been encoded into memory, even unconsciously, is a key driver.”

Twitter wants to understand how its service impacts users’ brains so that marketers and advertisers can create better sponsored tweets. Twitter is also rolling out a “Buy Button” that lets people purchase things immediately from tweets, adding great importance (and profit opportunity) to impulses that drive unconscious purchasing behavior.

As much as people criticize those annoying brand tweets for their invasiveness, Twitter’s brain study suggests that they are working. Tweets and replies from celebrities and friends stimulate our brains’ emotional processes, but, whether we realize it or not, we’re making room for sponsored tweets too.