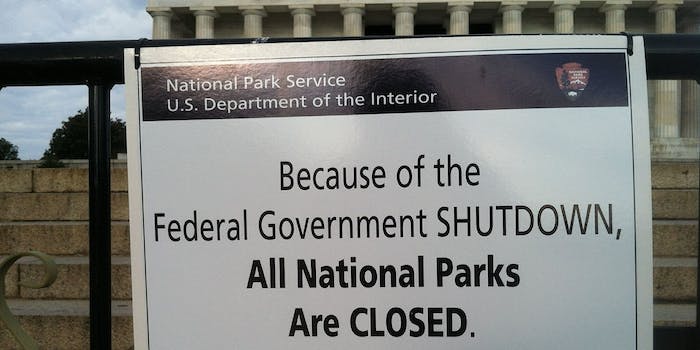 Is it Trump's fault? Or Chuck Schumer's?

As of late Friday night, the U.S. government has shut down, after Republican and Democratic senators failed to reach an agreement on government funding.

Now that’s settled, here’s the important question: Who should we blame?

If you’re a Republican congressman or President Donald Trump, you blame Senate Minority Leader Chuck Schumer and the rest of the Democrats, most of whom voted against the funding bill. That’s why the #SchumerShutdown hashtag was created.

If you’re the Democrats, there’s only one man to blame. And the hashtag created was simple: #TrumpShutdown.

So, who are people blaming? According to Twitter trends, most of the blame falls on the president.

This tweet was posted just as the government was officially closing for business.

Since then, according to Trends 24, #TrumpShutdown has been at or near the top of the United States trending list. Here’s an example as of this writing.

The #SchumerShutdown hashtag is nowhere to be found.

And since there’s a Trump tweet for everything, he’s made it clear in the past who he believes should be blamed for when the government takes a coffee break.

My sense is that people are far angrier at the President than they are at Congress re the shutdown—an interesting turn!

Trump also tweeted in September, “Our country needs a good ‘shutdown’ in September to fix mess!”

Trump, however, isn’t getting the Twitter hashtag messaging. On Saturday morning, he eschewed the #SchumerShutdown hashtag for something a little more generic (and something that doesn’t appear to be trending anywhere).

This is the One Year Anniversary of my Presidency and the Democrats wanted to give me a nice present. #DemocratShutdown