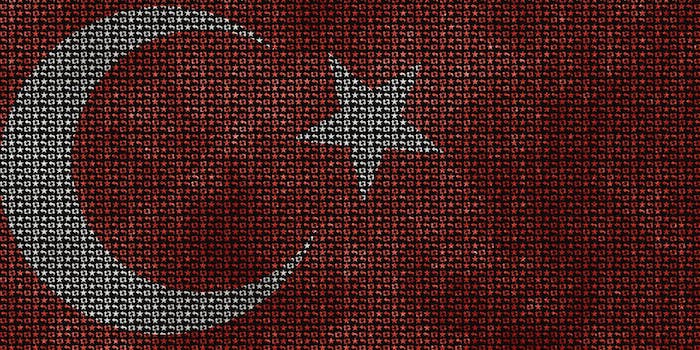 Uncovering the accounts that trigger Turkey’s war on Twitter

Last year, the world was granted access to evidence of massive corruption against the family of  Recep Tayyip Erdogan, Turkey’s then-prime minister and current president. Well, most of the world. For Turkey, much of it was blacked out online—with Twitter’s help.

Twitter’s role in censoring Turkey’s dirty laundry started on March 18, when a Turkish court issued a ban on an pseudonymous Twitter account @oyyokhirsiza (translation: “no vote to the thief”), which leaked evidence that members of Erdogan’s ruling party, AKP, had questionable business relationships, including one between the country’s former Minister of Communications, Binali Y?ld?r?m, and his son, Erkam.

Two days later, at an election rally, Erdogan promised to “wipe out” Twitter. By midnight, the entire site was blocked. In response, for the first time ever in Turkey, Twitter introduced its “country-withheld content” tool, which keeps content normally visible for users in most of the world, but blocks it in a specific country. Even though Turkey’s Supreme Court overruled the broad Twitter ban in April, the threat had taken hold: within the first three months, the company had agreed to censor 17 accounts and 183 statuses.

Like many companies, Twitter issues a regular transparency report, which doesn’t give specifics, but hints at how many requests it gets from world governments to remove content or give up a user’s identity.  It doesn’t list individual accounts or tweets, but it does disclose the removal requests on ChillingEffects.org, if it’s legally able to do so.

Since the Gezi protests of 2013, Twitter has become the independent news agency, so I, a concerned Turkish researcher and activist, decided to keep an archive of the removal requests by Turkey and to research what the Turkish government tries to censor. So far, I was able to identify 38 withheld accounts and various withheld tweets to help us understand the patterns of Twitter censorship in Turkey. They generally fall into the following categories.

The accounts @HARAMZADELER333 and @BASCALAN leaked recorded phone calls, in the form of YouTube videos, which allegedly reveal inappropriate deals between the government and businesses. @CanliEbru and @fuatavnifuat leaked alleged police raids on AKP’s political opposition, and provide the context of the business interests of Erdogan and his entourage. @TheRedHack is the leftist hacker group; their their long list of hacks often target government websites to spread their political messages. Twitter briefly suspended their account globally, but currently it’s only withheld in Turkey.

The account @CSagir, which belongs to the managing editor of the daily newspaper Today’s Zaman, is the first censored account from a non-pseudonymous user. The plaintiff, Erdogan himself, went so far as to demand the man behind it, Celil Sa??r, be permanently banned from using Twitter in the future. His substitute accounts, @CelilSgr and @csagir2014, were subsequently banned, too. A month later, police raided Zaman’s offices and held its editor-in-chief in custody for three days.

Even more concerning than arresting the press is that the Turkish government searches for political critics on Twitter and bans them en masse. That’s what happened when Communications Minister Elvan took legal action to ban 68 different statuses in a single court decision. Most of the statuses read that Elvan is “stupid,” “shallow,” “rude,” or that he doesn’t deserve to be a minister. It’s especially worrying because none of the accounts have a significant number of followers, and few were even retweeted. Apparently, the minister, or someone on his behalf, simply searched for his name, as well as its common misspelling, “Lütfü Elvan,” to suss out critics.

The worst part of this case is that it’s Elvan himself who negotiated his country’s relationship with Twitter policy officers on how it uses the content withheld tool to begin with. Only a week after the government boasted that Twitter “toes the line” for what he deems acceptable, Mr. Elvan became one of the tool’s first abusers.

There are only 4 accounts that are banned for sharing phornographic material, all in response to an administrative order from the Turkey’s Internet watchdog, T?B. Considering the vast number of adult accounts on Twitter, this doesn’t appear to be much of a priority for Turkey’s government.

On Jan. 13, a leftist hacker with the handle @LazepeM leaked sealed court documents that allegedly show that Turkish intelligence provided arms to anti-government forces in Syria. Within 24 hours, a court banned @LazepeM and 9 other accounts, alleging defamation to the Turkish intelligence agency and national security.

Another court also issued a gag order about the leaks themselves, which meant it banned @BirGun_Gazetesi, the official Twitter account of a leftist newspaper. Twitter then issued a statement, saying that it will not withhold access to the newspaper’s entire account, but will withhold certain tweets and censor several others who retweeted it.

Which tweets are withheld, and which criteria was used, is unclear. In total, I traced six tweets that Twitter did block. They don’t link to the actual documents, but to that paper’s articles about them. By withholding these particular statuses, Twitter creates a dangerous precedent that tweets sharing links that Turkish courts ban can also be censored. Considering that Turkey currently bans some 65,539 websites, that’s a lot of potential censorship.

On Dec. 23, Elvan revealed that 86 accounts had been withheld by Twitter during the #Kobane protests in Kurdish cities, and that the company had complied with 255 out of a requested 338 requests for content removal.

On Sunday, Twitter will release the transparency report for the second half of 2014. Based on the data we have, it is safe to assume that Turkey will again be the country with most removal requests. But it will also show that the company complies with that.

Last year, the U.S. made requests on about 42 accounts. Five of them were based on court orders, and Twitter didn’t abide by any. Pakistan made 101 requests, but Twitter restored access to all content “in the absence of additional clarifying information from Pakistani authorities.”

But when it comes to Turkey (and Russia), Twitter seems to bow down much too easily and much too often. This is concerning.

In 2013, Twitter reached a 30 percent penetration rate in Turkey after the massive, Occupy-like Gezi Park protests, when many Turks lost their faith in the country’s mainstream media. Twitter’s service has played an instrumental role in the right to information in Turkey. It’s still a major resource for many politically active Turks: When the government blocked access to the site wholesale, users found workarounds, switching to open DNS and VPN services and making headlines with the #TurkeyBlockedTwitter hashtag.

But as privacy and civil liberties advocate Aral Balkan reminds us, Twitter is not a public space. We are not entitled to freedom of speech on Twitter. The company only grants us speech on its own terms.

Correction: a former version of this story misstated the names of the men cited in the @oyyokhirsiza leak.