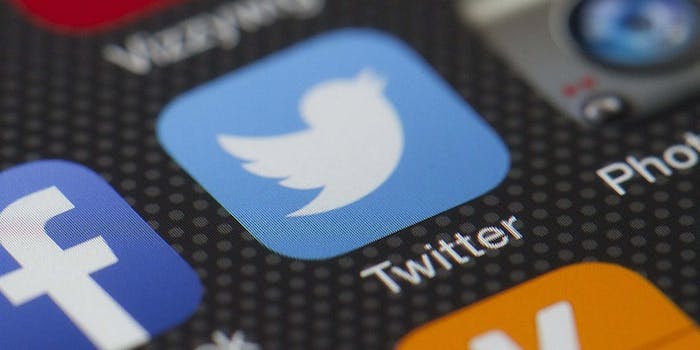 In an article published in the August issue of The Journal of Nervous and Mental Disease, a quintet of doctors proposed a theory: the use of social media has the potential to ?aggravate or even induce psychotic symptoms” in some particularly vulnerable patients.

The article, entitled ?Twitter Psychosis: A Rare Variation or a Distinct Syndrome?”, looked at the real-life case of a 31-year-old woman the authors called ?Mrs. C,” who was admitted to the psychiatric ward of Charité-Universitätsmedizin hospital in Berlin, a university and medical school where the study’s authors practice.

Prior to suffering the mental breakdown that caused her to be committed, Mrs. C never exhibited signs of a psychosis or any forms of personality disorder. However, according to her friends and family members, about a year prior, she had become obsessed with Twitter. ?Sometimes, she would spend several hours a day reading and writing messages, neglecting her social relationships and, sometimes, even meals and regular sleeping hours,” the study noted.

The first symptoms of Mrs. C’s mental illness actually manifested themselves through the social network. She told the doctors that she believed a famous actor was her secretly responding to her tweets through coded messages, which she soon started noticing coming from lots of different sources on the social network.

?During the next couple of weeks, Mrs. C increasingly felt that the messages of other users were ?meant in a symbolic way’’ and that she had to react to these ?tasks’ in a certain manner,” the paper explained. ?After approximately two months, she started to discover the same symbols in her real-world environment. She then began to feel that there ?must be some organization behind these tasks’ and started to suspect a sect, pointing to the development of systematized paranoid delusion.”

After Mrs. C was admitted to the hospital and eventually recovered from her psychotic symptoms, she lost all interest in Twitter—showing no remaining signs of Internet addiction.

The authors of the study speculate that the very structure of the social network has the potential to cause problems for people who are predisposed to psychosis and are already in precarious psychological situations:

While, as these researchers hyopthesize, social media use may be a trigger for displaying symptoms of mental illness, these very same social media platforms are increasingly seen as useful tools for mental health professionals. A researcher at the University of Missouri, published a study last year arguing that since people suffering from certain psychiatric conditions tend to act in certain ways on Facebook, it’s possible to use the site as part of the diagnostic process.

At the same time, social networks like Facebook and Tumblr have become hubs for people experiencing mental health problems to find supportive communities.

?The Internet (and Tumblr specifically) has given me a great low-pressure platform to talk about my own mental illness and read about other people’s,” Elise Nagy, who runs a blog focused on mental health issues told the Daily Dot last year. ?As cliched as it is, there’s something really valuable in finding out that you’re not the only one going through something (far from it).”