Periscope is late to the party, but it’s arrival has everyone’s attention.

Twitter’s character limit is still 140 characters, but now you can say everything you want, thanks to its new livestreaming app.

Today marks the launch of Periscope, Twitter’s new livestreaming video app and worst kept secret. Quietly purchased back in January, then announced and launched in a flurry after the meteoric ascent of Meerkat, Periscope has arrived.

Benefitting from months of development and plenty of polish (and about $100 million of sweet Twitter cash), Periscope comes out of the gates with some killer features that likely make Meerkat (even with its newly raised $12 million in funding from celebrity venture capitalists) a bit nervous, even with its head start. Meerkat may have been the app that proved livestreaming’s popularity, but Periscope has the killer features that could make it omnipresent.

One of the quirks of Meerkat is that it’s a one-time event. You either catch a stream while it’s happening or it’s gone forever. While it gives users a feeling of serendipity when they happen into a cool stream and creates “you had to be there” moments, it doesn’t really fit in to the ethos of the Internet, where everything is forever and always on-demand.

Periscope addresses this issue right out of the App Store. The app saves every broadcast and gives the streamer the option to put the replay up for rewatching, meaning no Snapchat-like disappearing content. It makes much more sense for any celebrities or businesses making announcements that people might want to see, or for journalists and activists who capture an event that should be seen by more people than those who happen upon it.

The playback feature currently lacks controls to let users jump around through a stream, something that should be added for navigating longer videos. But the playback captures everything. People joining the room, comments, people clicking the Like button-style heart. It is everything as it originally happened so context is always intact.

Perhaps what most differentiates Periscope from Meerkat is that there’s always something to do within it. If you’re not in Meerkat during a livestream, it’s a very empty, very yellow place. Periscope always shows streams that are happening and keeps a collection of recorded content that you can revisit as well.

For the time being, Periscope will exist primarily as a standalone app. It uses Twitter as a login method, but users won’t be able to launch a stream straight from Twitter proper. The expectation is for that to change in the future, but it doesn’t necessarily have to. Public streams are broadcast to Twitter with a link to watch on mobile or on desktop. 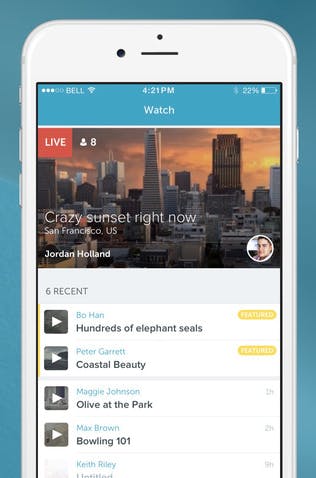 Either way, Twitter support can’t be overstated. Meerkat is viewed as an adversary that uses the Twitter platform, and Twitter can basically do everything in its power to kill it off should it so choose. It already cut Meerkat’s access to its social graph, and it will give Periscope every advantage possible. Periscope is already a better platform for discovery: It’s far easier to find friends and people you follow, and happily points to celebrities and noteworthy people taking advantage of the app. 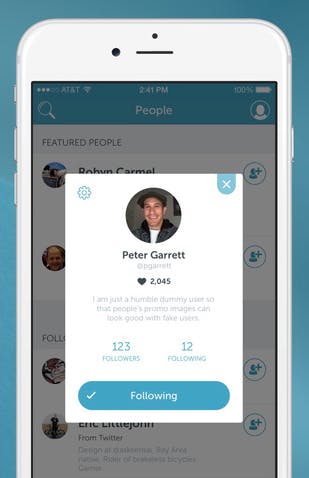 While most livestreams are an inherent call for attention, Periscope gives users the ability to do their streaming under the veil of privacy. Users can choose to broadcast to Twitter or keep a stream just between people on Periscope.

To take it even further, you can set up a private stream between you and people of your choosing. No other eyes will be allowed in.

While it might not affect the majority of users, Periscope does offer some backwards compatibility. The app for iOS functions on older versions of the operating system dating back to 7.1. That means people willingly holding back on their updates or those who want to broadcast from an older device can do so. The iPhone 4, released in 2010, is the oldest Apple device compatible with iOS 7.1. Owners of everything dating back to that device can get in on the streaming action. 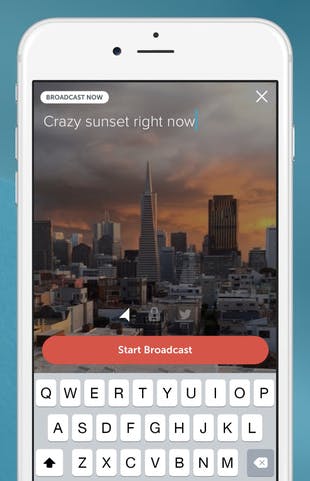 For the time being, Meerkat maintains a lead in the number of users thanks to its major growth since launching just a mere month ago. But Periscope has a clear head start in features and functionality—and being owned by the platform you count on the most doesn’t hurt, either. Periscope is late to the party, but it’s arrival has everyone’s attention.