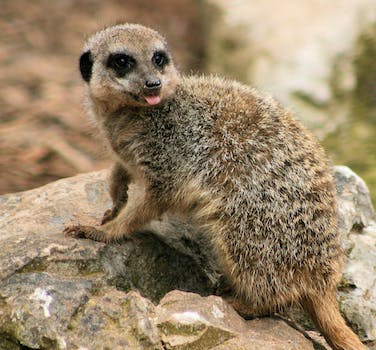 Meerkat is a livestreaming app that lets you broadcast whatever your phone is recording to Twitter. It’s become a popular app since its Feb. 27 launch… at least for the popular crowd. (Those who have lots of followers have enjoyed Meerkat popularity; the rest of Twitter likely didn’t notice.)

But just as Meerkat was enjoying some spotlight, Twitter decided to restrict its access to Twitter’s social graph, which will make it more difficult for Meerkat users to discover their friends streams.

To be clear, Meerkat still works, but losing the ability to livestream directly to Twitter is a huge loss for the new app. A small but vocal group of Twitter users are now angry at the platform for hindering the progress of a much smaller company.

But should they be? 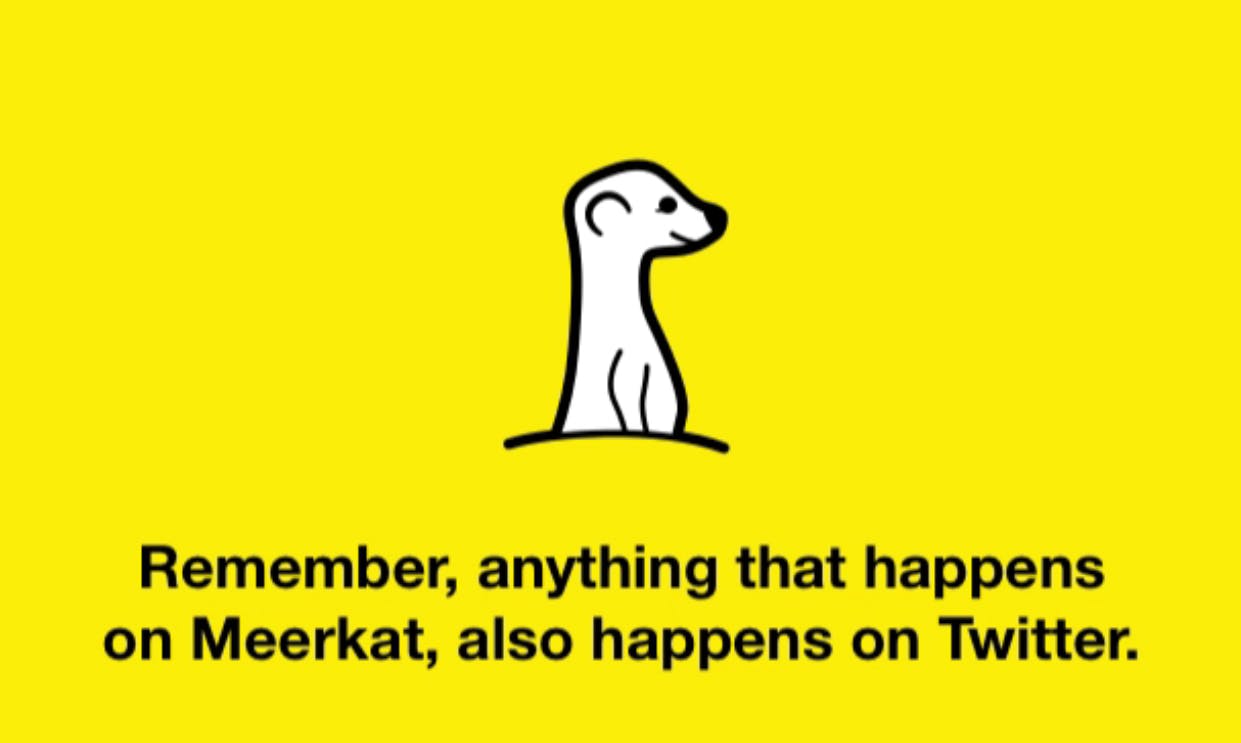 To answer this you need to know how Meerkat works: When you start up a Meerkat stream your Twitter followers are notified and they can interact with you via a chat feature which is really just a bunch of live-updated tweets. You don’t need the Meerkat app in order to view a Meerkat stream, but you definitely need Twitter in order to host your own stream.

Meerkat makes it clear the moment you install it that its service is inseparable from Twitter. You need a Twitter login to sign up and you’re constantly reminded that Meerkat relies heavily on Twitter. That reliance is Meerkat’s biggest problem today.

Twitter doesn’t own Meerkat, and owes it absolutely nothing in the way of loyalty. Twitter is in the driver’s seat and if you’re basing your entire business on a social network that you are completely unaffiliated with, you are putting your fate into its hands and it may smite you for no good reason.

But Twitter has a good reason, and that reason was made crystal clear when the company announced it had acquired a different livestreaming app called Periscope back in January. Twitter isn’t in the business of fostering other companies, and if Meerkat is a direct competitor to a feature that it plans on launching itself (and let’s be honest, it definitely is) then it will act in its best interest.

“Piggybacking” is not a business strategy, and as much as it might break some hearts, basing your entire product on the top of an existing one that has zero reason to keep you alive is bound to end badly. Meerkat took a shortcut, and rather than having people build their own social network within the app it decided to use Twitter as a stand-in.

If Meerkat were built differently—acting like a standalone social network where you had to sign up for Meerkat in order to use it—it wouldn’t have run into trouble. Of course, if it had done that it also wouldn’t have generated such a buzz so rapidly.

It was a gamble, and right now it looks like it might have been a bad one.